H&M Design Award is a design competition for students (for 2015: 2014 BA and MA graduates/or equivalent to that) at selected design schools around the world.

The winner of the fourth annual H&M Design Award 2015 is Ximon Lee, a 24-year-old graduate from Parsons School of Design in New York, who was chosen by prominent jury members. 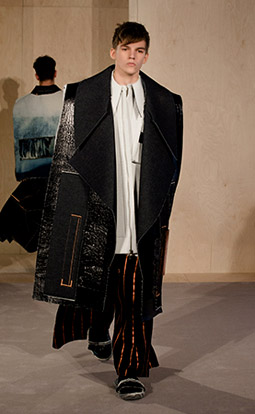 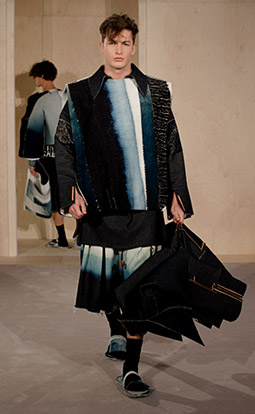 Ximon is the first U.S. and menswear designer to receive the prestigious award, which was presented yesterday (January 27, 2015) along with his winning collection at a fashion show during Fashion Week Stockholm.

In addition to the show, Ximon has won EUR 50,000 and the opportunity to develop pieces from his collection to be sold at selected H&M stores and online at hm.com later this Fall.