After much anticipation for the new sneaker, Kanye revealed the YEEZY BOOST on stage during his performance of 'Only One' at the 57th Grammy's.

Bringing to life the ultimate in music, culture and fashion from Kanye, the YEEZY BOOST is his first collaboration with adidas Originals. The limited-edition sneaker, which will debut later this month, is exquisitely designed featuring beautiful yet simple materials. The silhouette transcends footwear trends and champions the next way of thinking about sneaker fashion. Featuring adidas' coveted boost cushioning technology, the YEEZY BOOST will combine the ultimate in comfort and performance with high-end style. 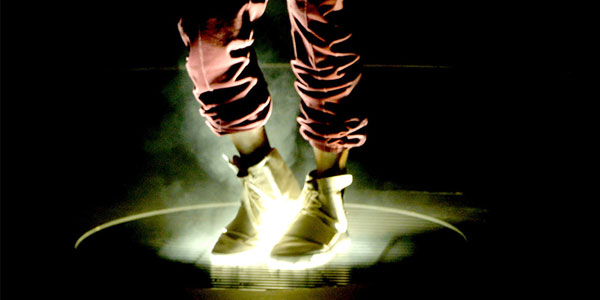 "No one transcends music and fashion like Kanye West," said Arthur Hoeld, general manager for adidas Originals.
"He is a cultural icon like no other and brings a completely new expression to designing shoes. The YEEZY BOOST is the first sneaker that brings Kanye's unique creativity and individuality to the forefront of its design. It will be highly sought-after and we expect to see unprecedented excitement when we release it in New York during one of the most exciting times for fashion, sports and culture."

The YEEZY BOOST will be released February 14 in New York against the back drop of Fashion Week and NBA All-Star. Reservations for select adidas stores, Foot Locker and Champs Sports locations can be made prior to release day through the adidas Confirmed app, a first-of-its-kind sneaker reservation app that will change the way the industry goes to market by simplifying the reservation process and putting consumers first. Limited pairs of the YEEZY BOOST will be available at other select retailers in New York.