The event will take place from 18 to 22 September at Feria de Madrid.

From 18 to 22 September, the main showcase for Fashion design in Spain, organised by IFEMA, will offer a full programme of fashion shows in which 42 designers and participating brands will combine innovation, skill and design in their Spring-Summer 2016 collections.

María Ke Fisherman, a young cult international label which began its professional journey at the EGO platform, will join the programme of established designers with its own world of proposals containing various cutting-edge creations. 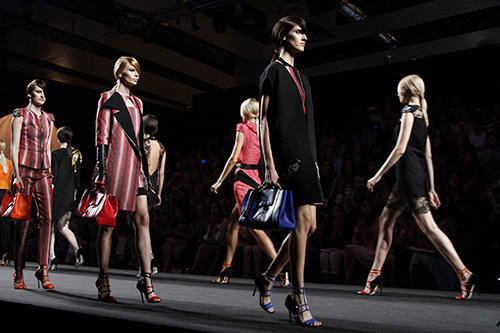 MBFWM, which recently celebrated its 30th anniversary, has established itself as the best showcase for Spanish design in the world, bringing together the best designers of the moment, whose prestige and recognition transgress Spain's borders. Altogether, MBFWM has hosted catwalk shows by around 300 designers. In recent years, it has welcomed key names from Spain's current design world, such as Alvarno, The 2nd Skin, Juan Vidal, Etxeberría, Leandro Cano, Ulises Mérida and Moisés Nieto, among others, whose creations have been awarded numerous prizes and chosen by famous celebrities in cinema and international music.

This fashion show will once again host renowned awards ceremonies. L'Oréal will be awarding prizes to the best model and the best collection by an established designer, while Mercedes-Benz will choose the best from among the young designers taking part in Samsung EGO for the sixth edition of the Mercedes-Benz Fashion Talent Award. This year's programme also includes the 4th Samsung EGO Innovation Project Award show, by María Glück and her label Howl.

In terms of sponsorship, the fashion show is offering, as in previous editions, strong support from leading brands in their respective sectors. In total, 16 brands are sponsoring the event. Mercedes-Benz, L'Oréal Paris and INDITEX are its main sponsors.