Thom Browne with an exhibition at Cooper-Hewitt Museum 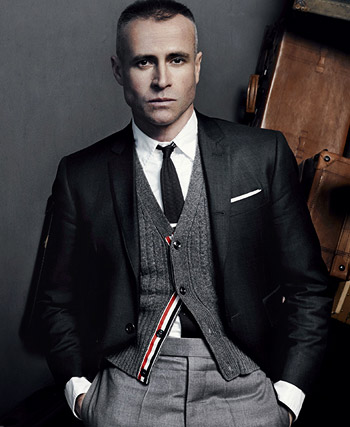 The exhibition will include more than 50 of the museum's historic and contemporary mirrors and frames, as well as some personal objects, exploring the ideas of reflection and individuality.

'A National Design Award winner for fashion design in 2012, Thom Browne's rigorous technique and provocative work have made him one of America's most celebrated designers and earned him legions of fans. Thom's engagement with Cooper Hewitt's extraordinary collection of historic and contemporary mirrors and frames will give new insight into his singular design vision, as well as enhance our understanding of the individual works he selected', said Caroline Baumann, director of Cooper Hewitt.

'When approaching this project and exhibition, I was drawn to the collection of mirrors and wanted to create an installation that played on the idea of reflection - giving the viewer the idea that his or her reflection is a work of art. My intent was also to play with the idea of uniformity and individuality', said Browne.

The exhibition is the 13th in the ongoing series in which prominent designers, artists and architects are invited to mine and interpret the museum's collection of more than 210 000 objects.