Sunglasses are synonymous with celebrity, so it was only right that the best of British talent turned out last night to celebrate the launch of the world’s first whisky sunglasses, crafted from Glenmorangie Original casks.

In Glenmorangie’s Unseen Bar in Soho guests were invited to try the handcrafted sunglasses and to sample Glenmorangie’s inimitable character in cocktails inspired by the whisky’s casks.

Dr Bill Lumsden, Glenmorangie’s Director of Distilling, Whisky Creation and Whisky Stocks, who attended the launch, said: “Created from Glenmorangie's own American white oak casks, each pair of sunglasses displays its natural grain and unique finish, embodying our Highland Distillery’s commitment to craftsmanship, and our respect for the wood from which our casks are made.”

Glenmorangie sunglasses, priced at £300, will be available at glenmorangie.com/unseen from today.

The men who went to the event, don't forget to be stylish. Most of them chose to combined jacket with jeans or to be more formal. Let's take a look to their outfit: 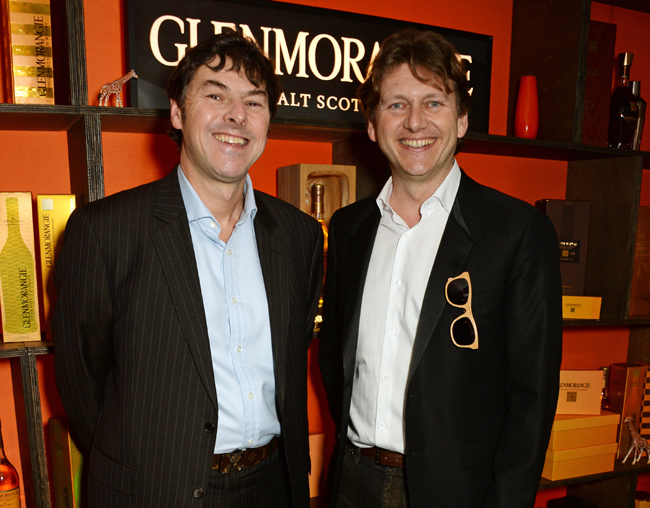 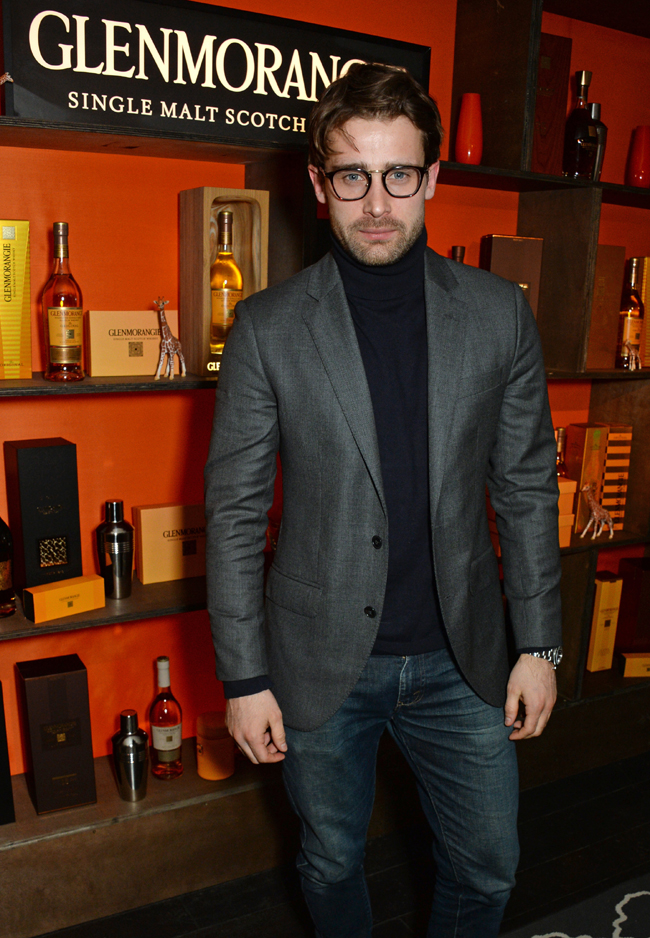 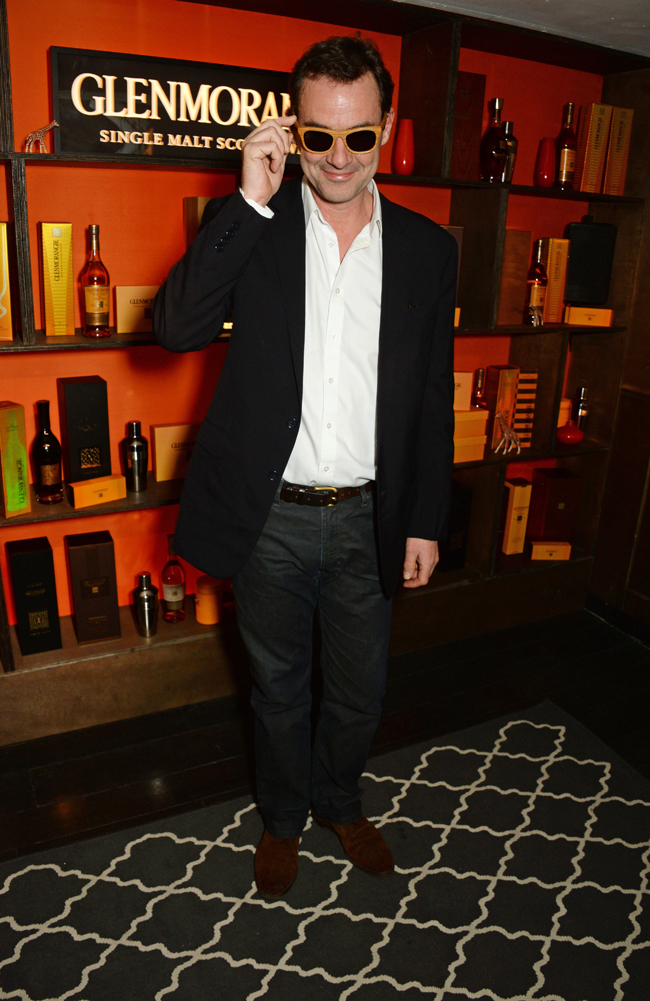 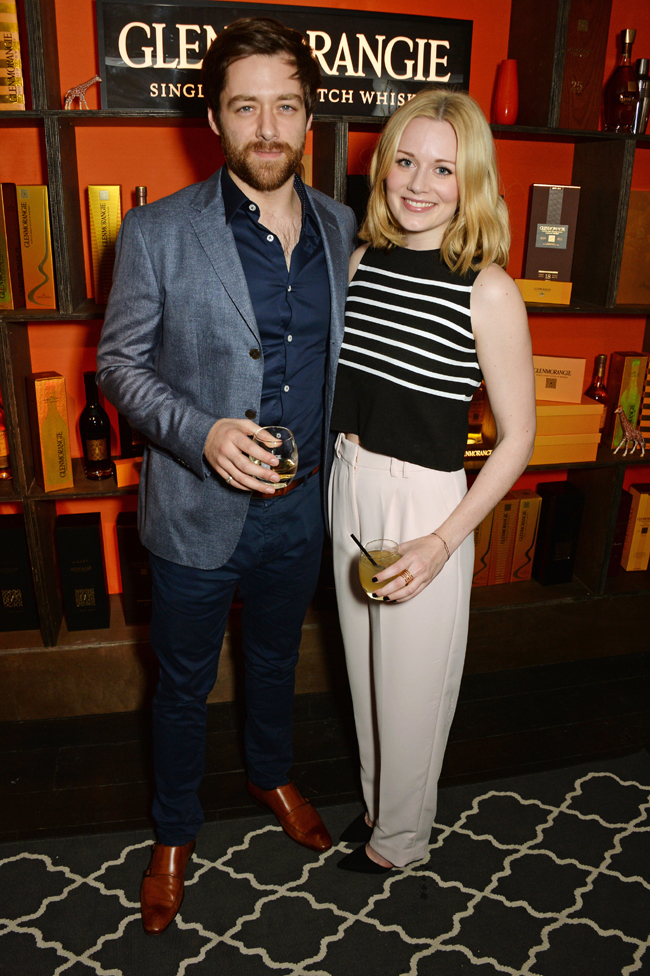 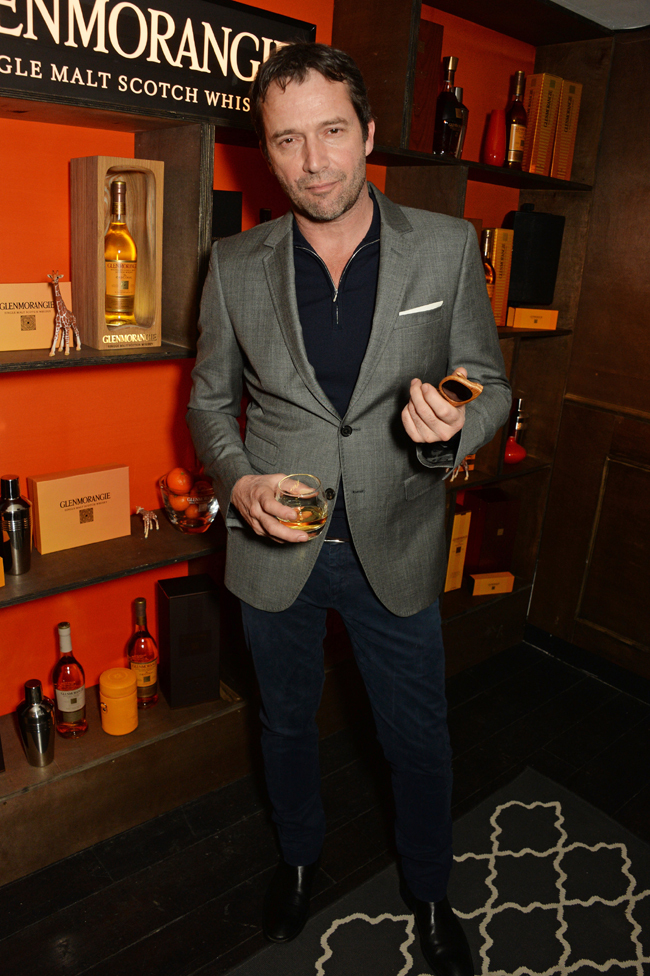 James Purefoy in grey blazer, sports shirt with a zip and jeans 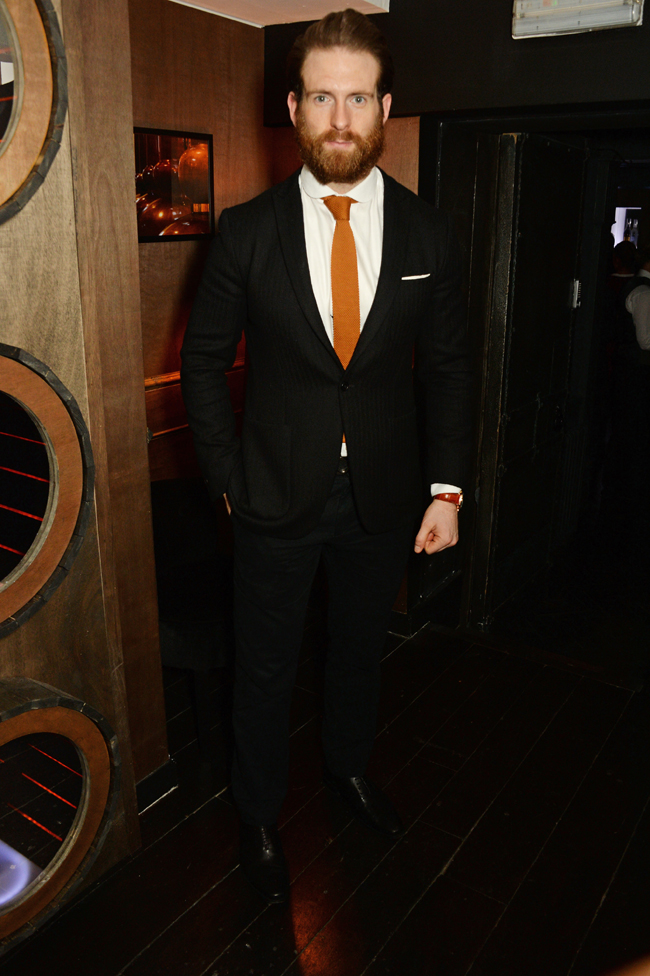 Craig McGinlay - the most formal man dressed in black suit, white shirt and the detail that take the attention - ochre tie.