The Cannes Film Festival is an annual film festival held in Cannes, France, previewing new films of all genres from around the world. It was founded in 1946 and today is considered 'the most prestigious film festival in the world'.

The full list of movies (roughly 50 films), that will compete for the 2016 Palme d'Or, was revealed today. 'Julieta' (by Pedro Almod?var), 'It's Only the End of the World' (by Xavier Dolan) and 'The Last Face' (by Sean Penn) are among them. Woody Allen's 'Caf? Society', about 1930s Hollywood, will open the Festival, as an out-of-competition film. The Australian director George Miller will lead the jury.

But the big question is not which movie is about to win the prize, but which dress code will be preferred by the celebrities - Black or Color Suits?

So far, the winner is black - during today's conference, Pierre Lescure, President of the Festival, and Thierry Fr?maux, General Delegate of the Festival, were dressed... pretty conservative. 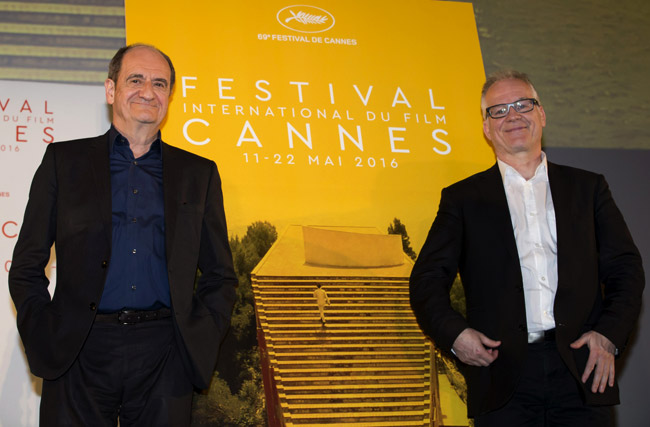 But we are optimists and believe that at the Festival's Red carpet all gentlemen will dress to impress. They will (or at least - they should) wear men's suits in bold colors and patterns, making a personal statement and expressing one's individuality and creativity.

You can watch the full 69th Festival de Cannes Press Conference in the video below: