12th June, marks the close of the fifth anniversary of London Fashion Week Men’s. It has been a stellar week, further establishing London as the home of menswear and attracting designers, media, retailers and business leaders from 45 countries.

Renowned artist Tracey Emin CBE RA designed a special 5th anniversary logo for LFWM in her signature handwriting; two unique neon works were on display at the home of LFWM, The Store Studios, 180 Strand and a third in a dedicated window at Selfridges, London. The British Fashion Council (BFC) also collaborated with i-D to produce the A-Z of London Menswear, a salute to the vibrant visionaries who make the capital the most exciting place in the world for menswear today. A partnership with Ocean Outdoor increased the city-wide reach of the LFWM celebratory logo and content, featured on screens in Canary Wharf, Holland Park and Westfield London and seen by 1,510,884 views across 4 days. This morning sees the continuation of the BFC’s collaboration with Snapchat, premiering the first LFWM global live story featuring Monday’s standout moments, designed with a 5th Anniversary LFWM geo-filter.

New Menswear Industry Statistics Announced:
The BFC are thrilled to see the growth of the UK menswear industry as announced by Mintel:
The men’s clothing market grew by 2.8% in 2016 to reach ?14.5 billion
Menswear now accounts for 27% (up 2% from 2016) of the total clothing market as sales of menswear continue to rise at a faster rate than womenswear
Menswear is predicted to grow by 12.43% between 2016 and 2021 to reach ?16.2billion
42% of male shoppers agree that it is worth paying more for clothes made in Britain

London’s Deputy Mayor for Culture and the Creative Industries, Justine Simons, said: ‘From world-class designers and established brands, to emerging talent and independent boutiques, our great city can easily lay claim to being one of the big four fashion capitals of the world, alongside Paris, Milan and New York. Nowhere is this clearer than at London Fashion Week Men’s, which attracts the cr?me de la cr?me of international designer talent, media and business leaders, everywhere from Mexico to Manchester. The past week has showcased exactly why our fashion industry is a global trailblazer and one that contributes a staggering amount to our city’s economy every year. Full of innovation, imagination and style, the fifth anniversary of LFWM has once again presented London at its open, global and creative best.’

Dylan Jones, Chair of LFWM, commented: ‘The fifth anniversary of London Fashion Week Men's has been as surprising as it has been exhausting. With over 100 events, runway shows, presentations, installations, cocktail parties, dinners and full-on raves, #LFWM once again proved that London has more stamina that any other fashion capital. As for the shows, they have been extraordinary, from the psychedelic to the formal, from Charles Jeffrey and MAN to the best of Savile Row, and from Dunhill and Richard James to Vivienne Westwood. There really is no place like London.’

Since its inception, LFWM has showcased the breath of the British menswear market from emerging talent and streetwear to heritage brands and Savile Row tailoring. More than 200 brands have been a part of over 750 catwalk shows, presentations and events in venues across the capital in the last five years, with over 230 designers shown as a part of the Designer Showrooms.

In London's Olympic year, 2012, HRH Prince Charles hosted an event at St James' Palace to launch the first menswear showcase. The launch of a standalone menswear platform for London was made possible with support from the European Regional Development Fund (ERDF), the Mayor of London, the Department of International Trade, and BFC Partners. The first ever season of shows was brought together with the help of the BFC Menswear Committee, chaired by Dylan Jones OBE, who continue to support LFWM. An incredible community of people have taken part in the event each season, and the BFC wish to thank all designers, past and present sponsors, PRs, casting directors, models, production companies, venues, press and buyers who have been part of LFWM over the last five years. A special thank you to our menswear ambassadors: David Furnish, David Gandy, Dermot O’Leary, Hu Bing, Lewis Hamilton, Nick Grimshaw and Tinie Tempah. 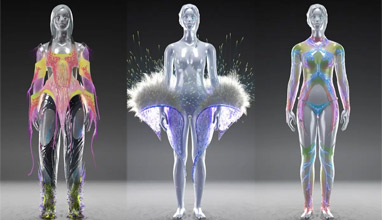 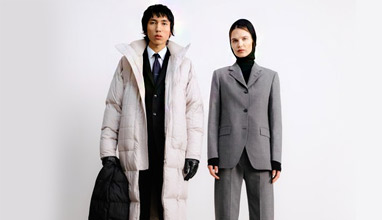 London Fashion Week And its Journey to The Top