The artistic director of Louis Vuitton menswear is set to leave the LVMH-owned mega-brand after seven years .

Kim Jones will leave his role as artistic director of men’s wear at Louis Vuitton after the fall 2018 catwalk show, the French luxury house has announced, capping months of speculation that he might be departing and prompting questions about where in the fashion world he might go next. 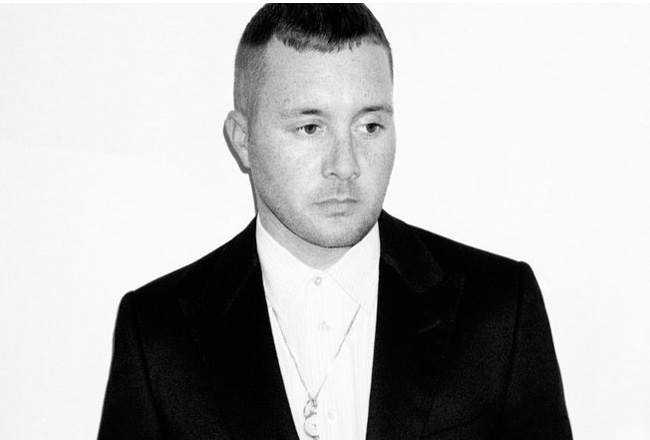 Mr. Jones has been widely applauded for revitalizing the Vuitton men’s wear line for a younger generation , mixing the house’s travel heritage (at the highest end of the price spectrum) with a more street-friendly style.

It is as yet unclear who will replace him and, indeed, where Jones will go next, though rumours are circulating about both Burberry and Versace .
"The Vuitton job was my dream job." Jones told us recently. " I was very happy to get it 10 years to the day from leaving college."

About Kim Jones
Kim Jones, Artistic Director Men Ready to Wear, was born in London in 1979, but by the age of three months, he was already headed with his globetrotting family to Ecuador. A “nomadic” childhood followed including stays throughout Africa (Ethiopia, Kenya, Tanzania, and Botswana) and the Caribbean, as well as frequent stops back home in London. By the age of fourteen, Kim Jones knew he wanted a creative career and he considered graphics and photography before discovering that fashion was: “something I could build a world around.”
Kim Jones attended London’s Central Saint Martins College of Art and Design where he obtained an MA in Menswear. With a graduation show acclaimed by the press, his first collection was presented during London Fashion week in 2003.
A cutting edge young designer, Kim Jones injected his own vibrant mix of High fashion and street style into classic English menswear from Alfred Dunhill to Alexander Mcqueen. In 2011 Kim Jones joined Louis Vuitton where he was first appointed Men’s Style Director.