Breitling takes off into a legendary future

At a red-carpet event at Zurich’s Hallenstadion, Breitling, the innovative Swiss watch brand, celebrated the debut of its new Navitimer 8 collection. Around 600 distinguished guests from the worlds of business, culture, and entertainment, as well as international media and opinion leaders, were welcomed by Breitling’s new global CEO, Georges Kern, who introduced his brand’s next chapter. Special guests included Gregory Breitling, the grandson of Willy Breitling, as well as adventurers Bertrand Piccard and Inge Solheim, members of the Breitling Jet Team and the Patrouille Suisse, French actor Guillaume Canet, and British actor Richard E. Grant, among many others. The event was the European stop on Breitling’s international tour, which debuted in Shanghai in late January and which will move on to New York City at the end of February. 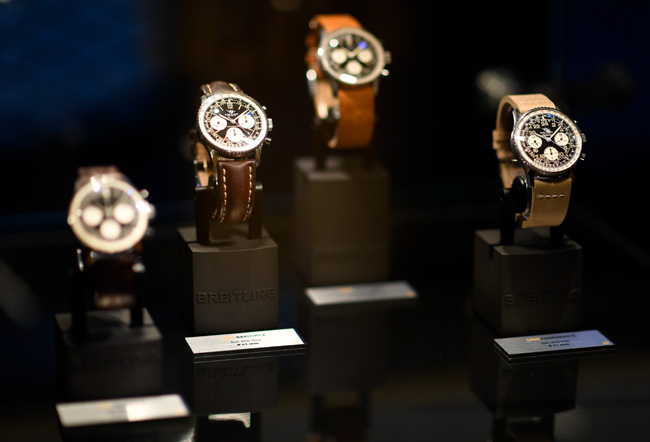 Georges Kern, who was named CEO of Breitling in the summer of 2017, discussed the brand’s rich heritage and its direction with British author and journalist Nick Foulkes. Mr. Kern has committed himself to taking Breitling into what he described as “a legendary future.” He expressed his excitement about the newest product line, saying, “I am very proud to have the chance to introduce the new Navitimer 8 collection here at our second major Legendary Future launch event. It pays homage both to the brand’s innovations and its accomplishments in the pioneering days of aviation and is also an indication of what lies ahead.” 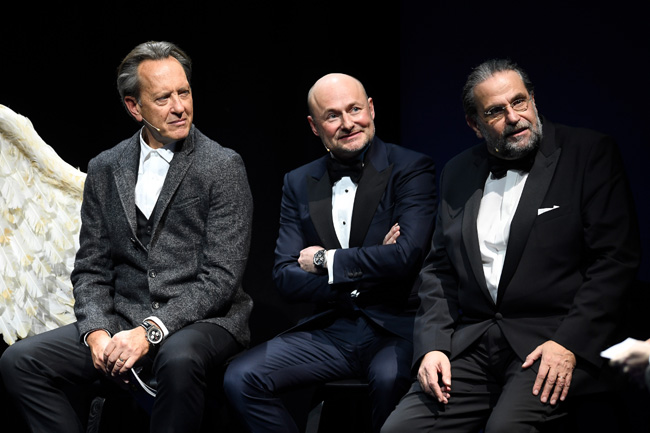 The guests enjoyed a lavish dinner prepared by top Swiss chef Rene Schudel, and between courses they were entertained by a pair of films about Breitling and conversations with Georges Kern, Nick Foulkes, and chronograph expert Fred Mandelbaum that focused on the brand’s heritage and its future. The attendees were excited to experience the newest watches and were impressed by the carefully curated collection of 60 vintage pieces that showcase Breitling’s remarkable legacy. At the after-dinner party, they had the opportunity to immerse themselves in the brand’s rich heritage and precision watch making techniques through a series of exciting activities that highlighted the brand’s design, innovations, and pioneering achievements. 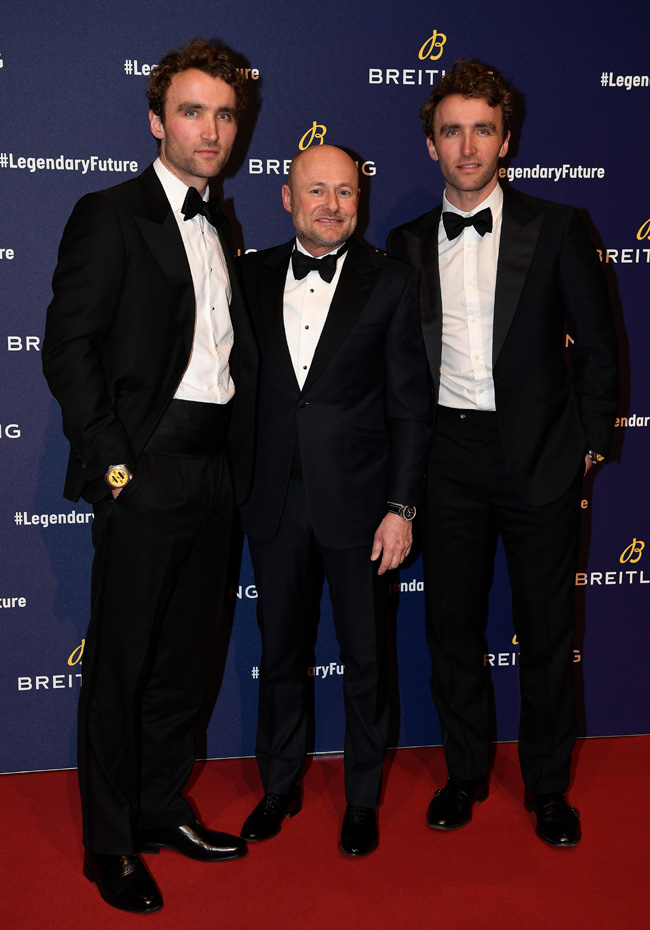 Georges Kern (C) arrives with Hugo and Ross Turner on the red carpet at the '#LEGENDARYFUTURE' Roadshow 2018 Zurich on February 15, 2018 in Zurich, Switzerland.

Breitling’s Newest Collection: Innovating into a Legendary Future
Breitling launched a brand-new collection at the ceremony as a tribute to Willy Breitling and the Huit Aviation Department he founded in 1938. Its name is an allusion to the number “eight” ( huit in French), which Willy Breitling chose as a reference to the eight-day power reserve that was considered essential for on board timekeeping instruments on planes, but not necessarily for the wrist chronographs of that era. The new collection has been built on the legacy of the Breitling brand and its earliest pilot’s watches, and signifies a historic milestone on the company’s path to a legendary future. One of the more poignant moments of the evening was the introduction of Gregory Breitling, Willy Breitling’s grandson, who was on hand to help celebrate his family’s heritage and to witness the brand’s new direction. 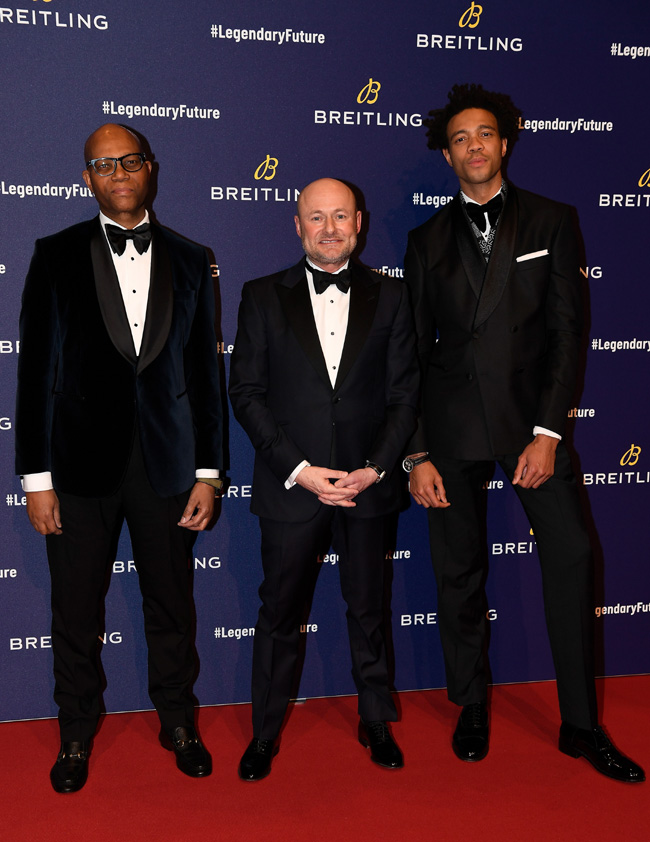 An Extraordinary Moment: The Future Is Revealed and Classics Are Admired
Another highlight of the evening was Breitling’s opportunity to welcome chronograph collector Fred Mandelbaum, who brought a selection of 60 of his classic vintage Breitling watches to the celebration. The combination of the debut of the Navitimer 8 collection and the display of Fred Mandelbaum’s 60 timeless masterpieces allowed guests to not only gain a glimpse into the rich history and heritage of Breitling, but also into the brand’s promising possibilities for the future. 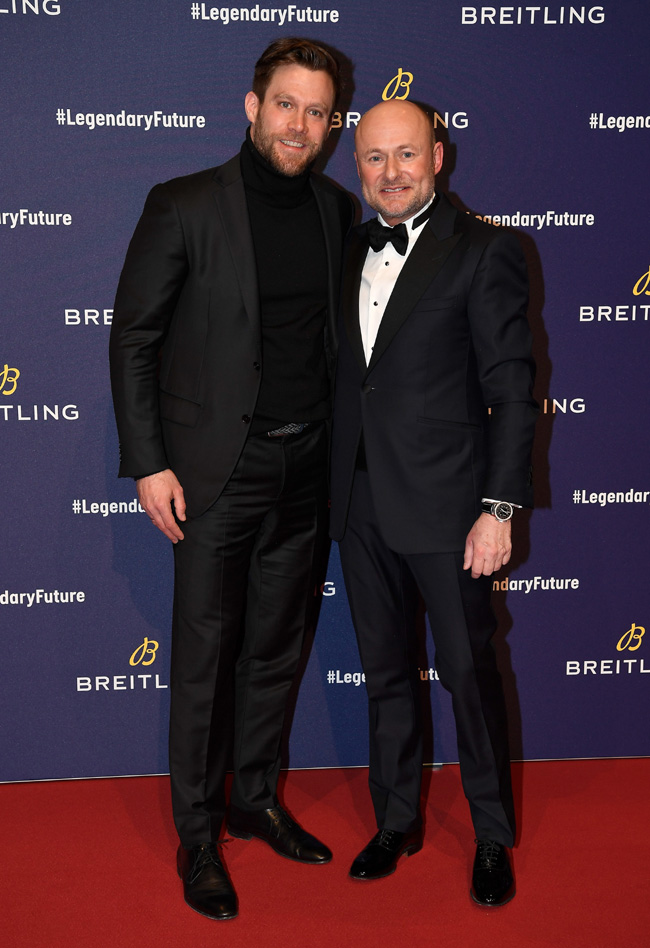 Ken Duken (L) and Georges Kern arrive on the red carpet at the '#LEGENDARYFUTURE' Roadshow 2018 Zurich on February 15, 2018 in Zurich, Switzerland