The new artistic director of Berluti is Kris Van Assche

Berluti has announced Kris Van Assche as its new artistic director, succeeding Haider Ackermann, who announced that he is leaving the French fashion house on March 30.

The Belgian designer, who recently exited Dior Homme after 11 years at the creative helm, will present his first collection for Berluti in January 2019 as head of shoes, leather goods, ready-to-wear and accessories collections. 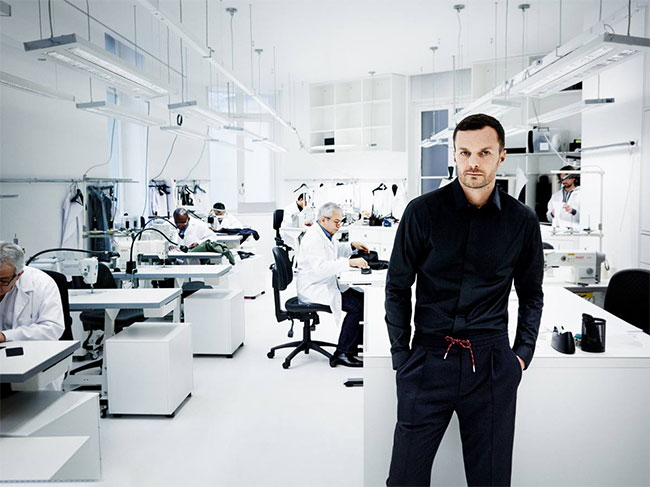 “I have always wanted to build bridges between the savoir-faire, the heritage of a house and my clear-cut contemporary vision,” said Van Assche.
“Antoine Arnault spoke to me of his ambitions for Berluti and it is with great pleasure that I accept this new challenge, which fits perfectly with my own will and vision. I would also like to thank Bernard Arnault for his renewed confidence.”

Van Assche, who worked under Slimane at Dior Homme before rising to the top design post in 2007, evolved the slim tailoring pioneered by his predecessor with athletic and workwear influences, often harking back to the edgy club culture of his youth.

In recent seasons, Van Assche trained the focus on the house’s tailoring know-how, with a new Christian Dior Atelier label that appeared on the sleeves of the nip-waisted suits in his fall collection for the house, and in logo form on blousons in muddy workwear shades.