Riccardo, who is a graduate of Central Saint Martins in London, will direct all Burberry collections and present his first for the brand in September. He will be based at Burberry’s headquarters in London.

A critically acclaimed designer with expertise across womenswear, menswear, leather goods and accessories, Riccardo joins Burberry after more than a decade at Givenchy, where he was Creative Director from 2005 to 2017. 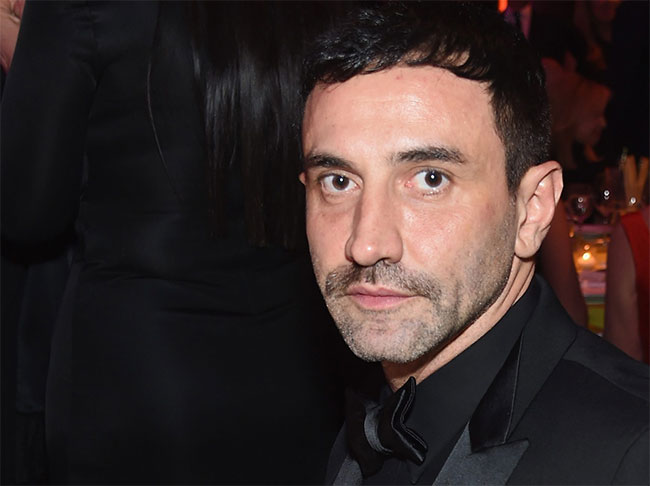 Marco Gobbetti said of the appointment:
“I am delighted that Riccardo is joining Burberry as Chief Creative Officer. Riccardo is one of the most talented designers of our time. His designs have an elegance that is contemporary and his skill in blending streetwear with high fashion is highly relevant to today’s luxury consumer. Riccardo’s creative vision will reinforce the ambitions we have for Burberry and position the brand firmly in luxury.”

Riccardo Tisci said of his new role:
“I am honoured and delighted to be joining Burberry as its new Chief Creative Officer and reuniting with Marco Gobbetti. I have an enormous respect for Burberry’s British heritage and global appeal and I am excited about the potential of this exceptional brand.”

Riccardo is well known for surrounding himself with a diverse group of collaborators, from creating costumes for work by performance artist Marina Abramovic through to directing the artwork for the multi-award winning ‘Watch the Throne’ album by Jay Z and Kanye West.

He has also designed the stage outfits for world tours of Madonna, Beyonce and Rihanna, introducing his aesthetic to an ever-widening audience.

Riccardo has also collaborated with Nike since 2014 and previously held design roles at Puma, Antonio Berardi and Ruffo Research. In 2013, he was awarded the International Award at the CFDA Fashion Awards.