The luxury brand for men, BILLIONAIRE, known for its eccentric and sophisticated style and impeccable Made in Italy craftsmanship, announces a new, exciting collaboration. The two-time Olympic champion of Light Weights, as well as superstar of contemporary boxing, Vasyl’ Lomachenko is the first Ambassador of the Brand. 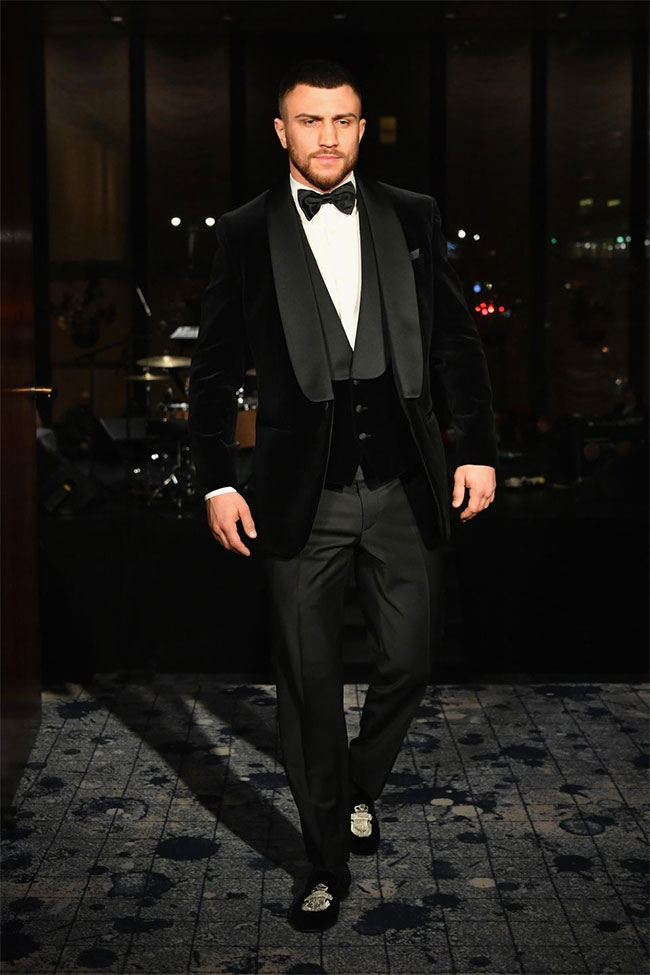 The beginning of this partnership is launched in occasion of the super match ‘Loma – Crolla’ at the Los Angeles Staple Center, where Lomachenko confirmed his world title of WBO and WBA World Champion against Anthony Crolla. On this occasion the boxer wore custom BILLIONAIRE shorts during the match and an outstanding crocodile dressing gown, instead of the usual boxing robe, to enter the ring.

BILLIONAIRE and VASYL’ LOMACHENKO represent two absolute excellences in their fields, globally undefeated: the most luxurious brand on the contemporary scene and an incredible athlete and fighter.

It is such an honor to be Ambassador and at the same time it is such a big responsibility! Brand BILLIONAIRE has in itself brutality, power, perseverance and courage, and this is what unites us!I always aspire for bigger things, always want to be better, and constantly working on it; this is why we are so similar with BILLIONAIRE! As the best boxer I choose the best brand! I hope that our collaboration will bring us many more victories! In the end I would like to thank those people who united BILLIONAIRE and LOMA – Said Tadmaoui and Philipp Plein.

Athletes are the modern rock-stars, I love boxing and Loma is one of the best fighters in the world. I’ve met him for the first time in February in NYC, when he walked our Billionaire fashion show at the Grill, it was an unforgettable show and he was great! Loma is the perfect match for Billionaire, the King of Boxing for the best contemporary brand for men, conceived for the most demanding self-made men, gentlemen with an unbeatable determination… just like him.