Dolce & Gabbana team up with Martini for drink debut Italian designers Dolce & Gabbana have teamed up with Bacardi’s vermouth brand Martini to launch their first co-branded drink this month in a rare diversification move for the fashion duo.

Domenico Dolce and Stefano Gabbana have designed and tested the drink which will be unveiled during Milan's upcoming menswear fashion week, the fashion house said on Thursday.

"As a result of a joint commitment, this new co-branding project strengthens a partnership started more than 10 years ago," Dolce & Gabbana said in a statement.

As part of their partnership with Martini, the designers have opened bars at their stores in Milan and Shanghai and launched a menswear line. Privately-owned Bermuda-based Bacardi, which owns the Martini vermouth brand, will produce and sell the drink. Dolce & Gabbana celebrate the 20th anniversary of their menswear line on June 19-20 in Milan. /REUTERS 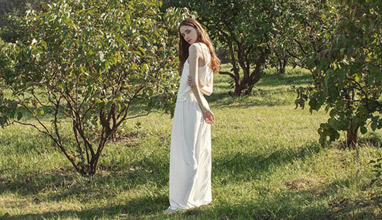