Ten stewardesses with troubled Mexicana airlines, which filed for bankruptcy in August and suspended operations, launched a sultry aviation-themed calendar Thursday in a bid to call attention to their own plight and that of their airline — one of the world’s oldest.

The 2011 calendar features glossy shots of the flight attendants, clad only in bikinis and aviation shades or abbreviated uniforms, draped over propellers and striking racy poses in the cockpit.
It was the brainchild of 10-year Mexicana veteran Coral Perez. “It occurred to me because we all needed money, and I thought that with so many pretty girls (among Mexicana’s staff) there were bound to be some who’d be interested,” she said. 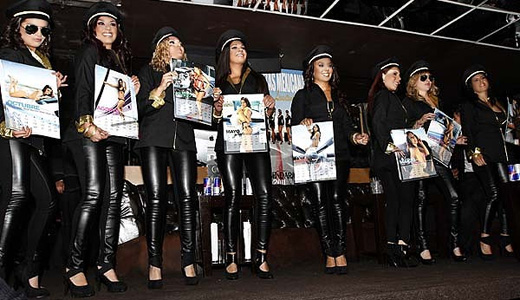