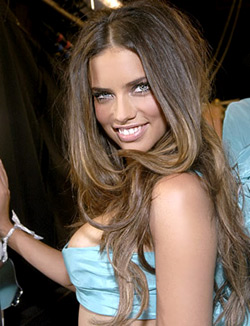 Adriana Lima gave birth to her second girl on Wednesday, September 12. The 31-year-old supermodel announced the news on Twitter. The girl is called Sienna. The first daughter of the model and her husband, ex-NBA player Marko Jaric is Valentina, who was born in 2009.

"The best job in the world for me is being a mom. I never thought I could love so much. I always thought, does unconditional love exist? Now I know it does because I feel it.", said the supermodel.

Adriana Lima is expected to walk the runway at the upcoming Victoria's Secret Fashion Show in December.
Hits: 13983 | Leave a comment
Tweet