“The collection is very much a celebration of summer, of the Stella woman" Stella McCartney told after her show - and, while it's not new to see her make a statement about female empowerment, the show felt like an energetic ode to femininity, more romantic than we're used to from her, but still modern. Opened by Miranda Kerr and boasting a fabulous line-up including Cara Delevingne and Joan Smalls, it was gloriously light, with a finale of two-tone lingerie lace dresses underlining the point.

"I wanted to take a really honest approach” said Stella.

Warm peach and sienna, navy and cream prevented the feminine from being remotely girlish, while the shapes were simple - the A-line skirt reappeared in a shimmering silver daisy print that came back later as a red tunic dress on Edie Campbell - and softly tailored silk T-shirts over full skirts that fell to high on the calf made this a collection that had commercial success written all over it.

Her models are definitely on board: "No matter what you wear from Stella - whether it's a dress or a tracksuit - you feel a sense of elegance without having to try". said Cara. "I want to take it all home with me", added Miranda Kerr. "It's all so chic, but it's always really wearable." 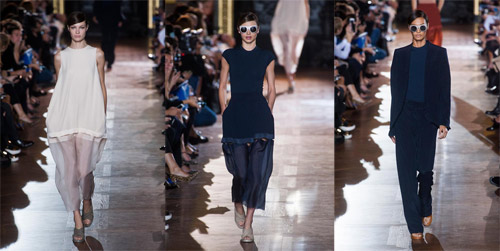 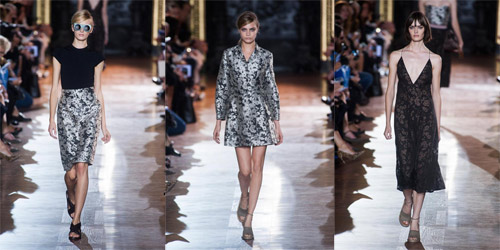 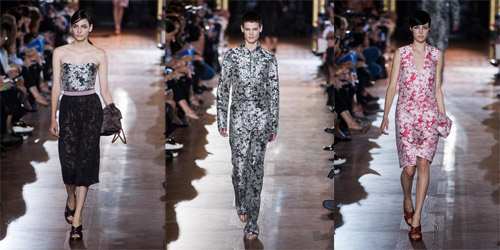 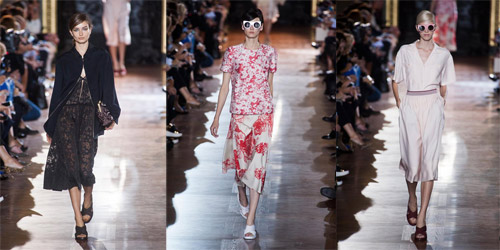 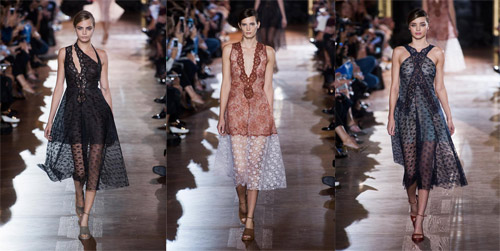