'Fashion is a social manifestation of the human being'

As we previously reported this year's edition of Couture Fashion Week New York will be held in New York City, USA, February 13-15, 2015. 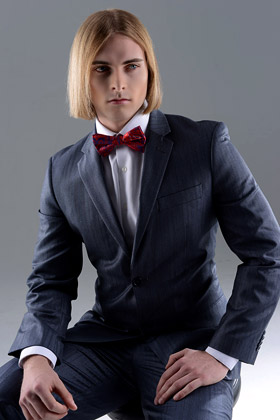 Award-wining designer Luis Machicao will present his latest collection during CFWNY for fifth time at 6:00 pm on Friday February 13, 2015 in the Broadway Ballroom of the Crowne Plaza Times Square Manhattan, 1605 Broadway, at the 'Crossroads of the World'.

Luis Machicao started his fashion career in Peru, where he studied Dramatic arts, Fashion design and Sociology and after that moved to Paris, France to complete his knowledge with practice. Back in Peru, Luis began working in TV miniseries, Soap Operas and Theater, as well as a style ambassador for the First Lady of Peru. In 1991 he began showing his collections during the Fashion weeks and moved to the USA.