The adidas Originals Blue Collection is a premium apparel and footwear line merging adidas' longstanding lifestyle heritage with a refined luxury street aesthetic. Mixing functional sport utilitarianism with a savvy street attitude, the SS15 collection perfectly combines the two sartorial disciplines by offering versatile garments and trainers that are aspirational in terms of both design and manufacturing. 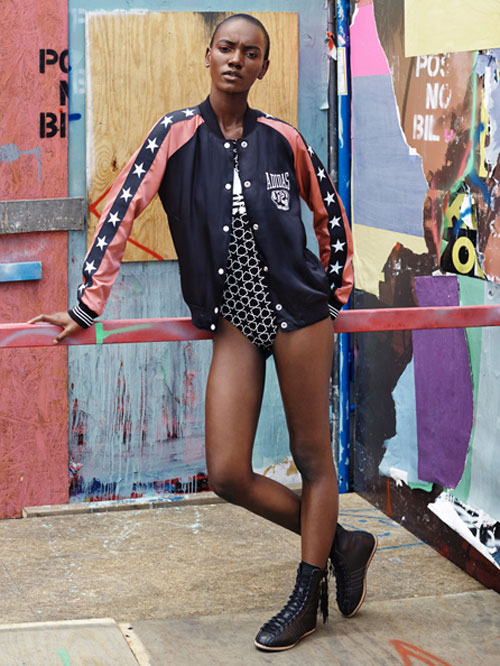 This season is all about individual sports. The apparel range – rooted in sports clothing and inspired by fashion – is influenced by sports such as boxing and racing, both of them defined by aggressive, intense and explosive action.The range celebrates individual excellence, achieved through hard work and devotion and, as always, the overall aesthetic of the SS15 collection is defined by luxe fabrics, clever details and eye-catching prints designed to suit an active lifestyle with high demands on both form and function.

For SS15 the adidas Originals Blue collection looked at one of the world's toughest sports for inspiration – boxing. Boxing tests its athletes both physically and emotionally like no other competition, and it is this dedication, as well as the bravado and spectacle its contenders bring to the ring, that informed the new collection.

Influenced by vintage boxing culture, mixed with contemporary sportswear, the SS15 collection features bold graphics and classic athletic garments mixed with a contemporary street attitude for a courageous look. Inspired by famous boxing personalities, the SS15 prints are dominated by stars which hark back to vintage boxing poster graphics and the DRZL print, a monochrome allover pattern, is inspired by the vision of a knocked out boxer. The year 1974, represents the date of an important world championship fight and features on tops throughout the collection, as does a boxing glove print and an adidas logo inspired by the characteristic branding on boxing shorts. 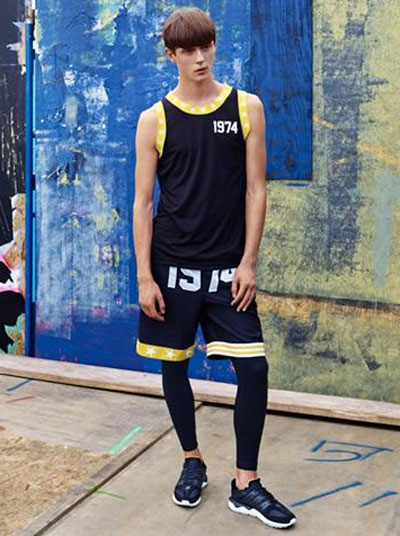 The apparel collection is complimented with a solid stable of boxing inspired footwear including an eye-catching hi-top boxing boot for women, adorned with showy tassels and the Blue EQT Racing Luxe, which for the first time features a full leather, unlined upper and allover perforation. As well as the Champion's Belt Pack, featuring three distinct styles inspired by the winner's belts of boxing competition. For the guys, the footwear highlights include  the Blue Running Pack which includes the Tech Super 3.0, the Temper Run, the ZXZ 930 and the Tubluelar, Blue's twist on the popular Tubular runner.