With a cast of supermodels, H&M's new summer 2015 campaign will be the soundtrack to the season, thanks to an exclusive track by Axwell /\ Ingrosso. The commercial will debut online at hm.com on April 30, before appearing on TV and in cinemas worldwide.

Modern Bohemia sets the mood at H&M this summer, with kaleidoscopic paisley sundresses and tie-side bikinis, as well as tropical leaf prints on long flowing skirts and bikini tops. 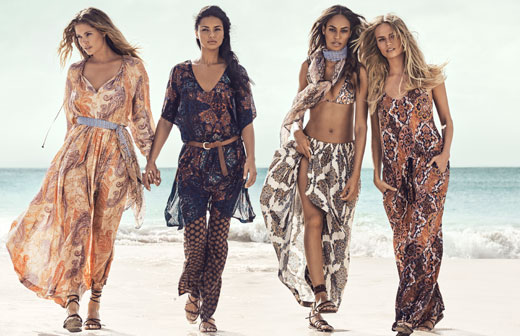 Bikinis are the essential of the season, especially a frilled one-shoulder bandeau with frilled bottoms, or bikinis that are held at the front and side by decorative metallic rings.

“This collection is everything I love about summer – bikinis for long days at the beach, romantic prints on flowing dresses for endless nights with friends,” says Pernilla Wohlfahrt, Head of Design at H&M.

The commercial and full print campaign stars Joan Smalls, Natasha Poly, Doutzen Kroes and Adriana Lima, who take the roles of action heroes with a mission to get to the shore and celebrate the best of summer. Meanwhile the print campaign features the supermodels walking on the beach in a series of key high summer looks.

The commercial will exclusively feature the track Sun Is Shining by Axwell /\ Ingrosso. Previously part of Swedish House Mafia, the duo Axwell and Sebastian Ingrosso are now preparing for the release of their debut album − the perfect soundtrack to the summer. 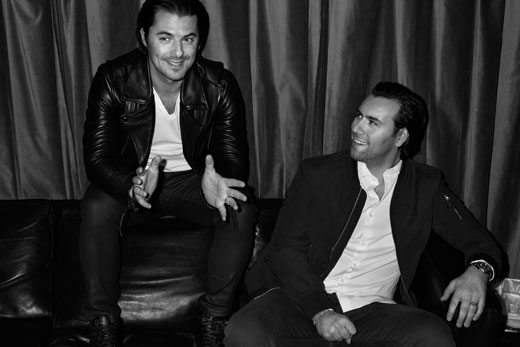 “It was amazing for us to work with H&M on this summer campaign with our new song, Sun Is Shining. We’re always proud to work with Swedish brands, and with summer finally upon us we can’t wait for everyone to hear one of the songs from our forthcoming album,” says Axwell /\ Ingrosso.