Zendaya to Launch Her Own Shoe Collection This Fall 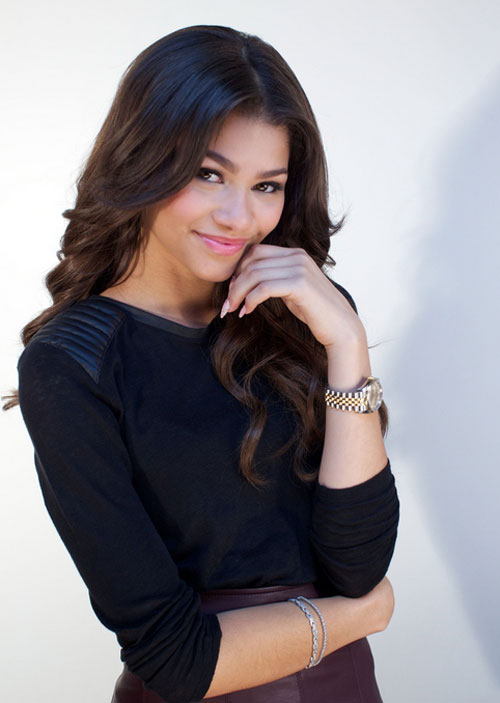 Zendaya Coleman stopped by InStyle’s offices yesterday to chat about her upcoming gig hosting the Radio Disney Music Awards on Saturday, April 25, but our conversation with the 18-year-old singer, actress, and red carpet force quickly turned to one of her favorite topics: fashion. And much to our delight, the shoe-obsessed star exclusively revealed some major news: She’s designing her first-ever line of footwear with her stylist, Law Roach, set to launch just in time for back-to-school season this year.

“We plan on doing the best of everything,” Zendaya said—and when she said everything, she meant it. The K.C. Undercover star’s debut collection will include boots, sandals, and everything in between.
“We’re going to create a good sneaker, and we’re going to do a cute flat,” she told InStyle. And while you can expect to see a variety of fabrics and embellishments in the line, Zendaya assured us that wardrobe staples like solid black pumps will still be part of the collection.

“My inspiration is all of the young women out there who are my age and older—working women who don’t necessarily want to spend a trillion dollars, but want to get a good shoe,” she said. Her goal? “I want to make affordable shoes of quality that are very fashion forward, chic, and that I’m going to wear.”

Creating a shoe that she personally loved was the most important thing for Zendaya, who has been involved in each and every step of the creative process so far.
“It’s her own brand from start to finish,” Roach told InStyle.
“It’ll only be stuff that we’re proud of and that I would style her in, even if I wasn’t part of the brand.”

As for why the pair chose footwear for their first venture into the fashion world, the answer is simple.
“Everybody knows that if you bring a new shoe to an outfit, it kind of recreates it and makes it brand new all over again,” Roach said.
“We just thought that was the most exciting thing we could do—and with a little piece of her style.”

Zendaya plans to debut the shoes at the Met Gala on May 4, so make sure to check out a first look at the line then.