Following on from launching the Spring-Summer 2016 Collection Persephone in London at Fashion Scout for London Fashion Week, CCUOCO will be heading to Paris to showcase their new collection at ZIPZONE Paris. Housed in the iconic Louvre Museum ZIPZONE is an exhibition run during Paris Fashion Week showcasing the best of international design. CCUOCO's collection will be able to be viewed from 2nd - 4th October. 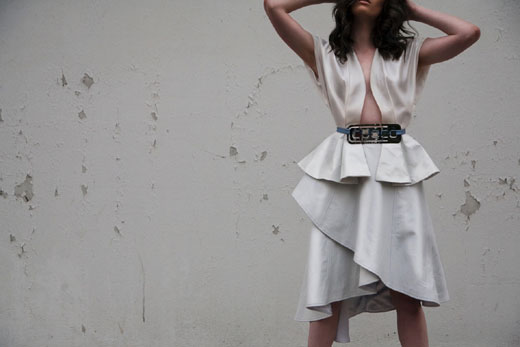 Philosophy of the brand:
…taking the misleading idea of any form, that in no way can we be sure that it is there in mental or mind. Thus playing with shapes and theories. Our Philosophy… As a designer I enjoy the alternate reality. Creating a place to step into that alters the ego at any given time by exaggerating geometric shapes that still flatter the human figure’s silhouette. Giving each piece I create and touch, a story, a sense of meaning.

For the Woman who knows exactly what she wants and knows exactly where she is going. Not for the faint at heart. Captivating the fierce through my own interpretation with garments while paying great attention to each piece that is constructed, not only putting forth physical effort but mental and emotional as well. Letting Fashion be the catalyst for the woman ready to conquer her world.