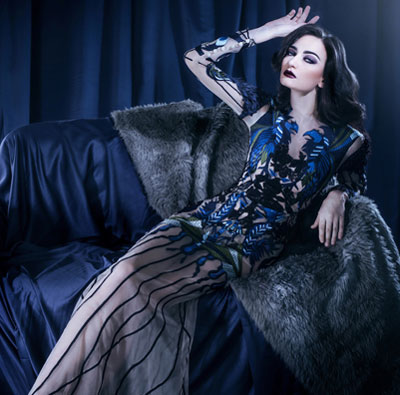 Indonesian designer Diana Putri will present her latest collection for her Diana Couture label at Couture Fashion Week in New York City. Marking the designer’s first appearance at the prestigious event, the highly anticipated runway show will be held at 6:00 pm on Friday September 11, 2015 in the Broadway Ballroom at the Crowne Plaza Times Square Manhattan.

Established from Diana Putri’s passion for fashion, Diana Couture was launched 7 years ago and has grown to be one of the most successful couture brands in Surabaya, Indonesia. The company’s clients include A-list Indonesian, Chinese and Korean socialites and celebrities.

Ms. Putri’s artistry is focused on the custom bespoke side of couture, catering to the exacting demands of her clients. She is known for her distinctive use of both elegant and daring concepts balanced in couture designs. Diana Putri herself is an A-list designer in Surabaya, Indonesia, and she is now looking to expand to a more global market. Her upcoming show in New York is a special opportunity to bring her designs to new audiences with the support of Hasanah Card BNI Syariah.