From October 21 till October 25 Moscow saw the Spring/Summer 2016 Mercedes-Benz Fashion Week Russia. During the major Eastern European fashion week the runways of the Manege Central Exhibition Hall welcomed shows of designers coming from Russia, Georgia, Turnkey, China and other countries.

The official opening of the 31st season took place on October 21 and was traditionally marked by a fashion show of the legendary figure of the Russian fashion industry, SLAVA ZAITSEV. The designer presented his Patterns of Life collection comprising a wide assortment of men's and women's wear. Next Chinese brand NE·TIGER showed the collection, every dress from which is a reflection of Chinese culture and has magical properties. Moreover, there were the shows by IVANOVA, Anna Platie, Ksenia Knyazeva, AKA NANITA (Georgia), Vika Smolyanitskaya, Dasha Gauser, TONY WARD, BGN, styled by Alexandr Rogov, ARAIDA, KoJewelry and Luda Nikishin?. 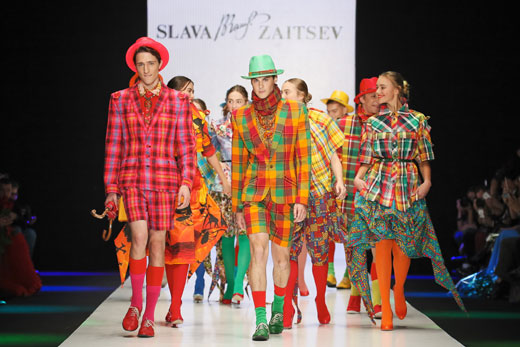 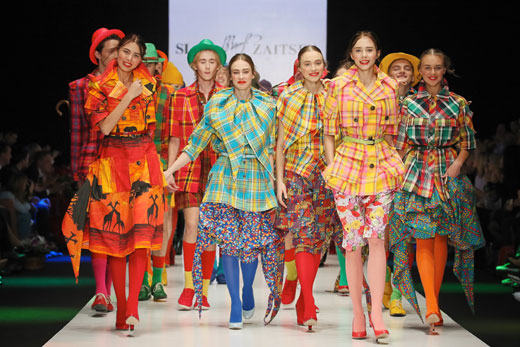 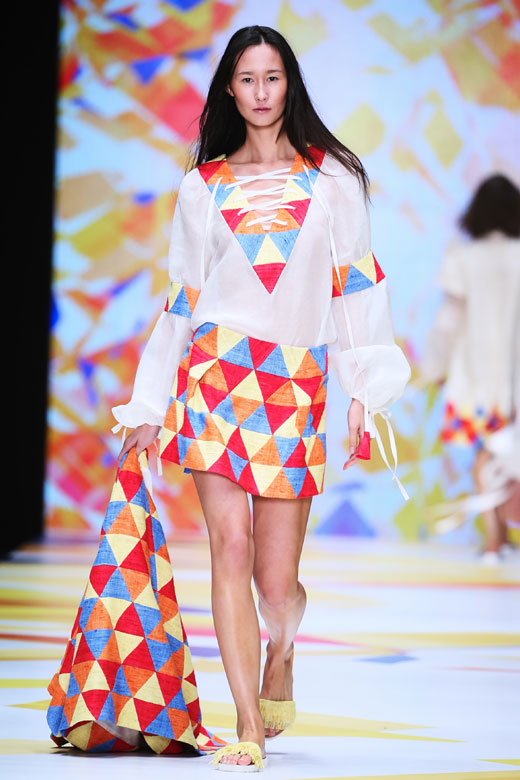 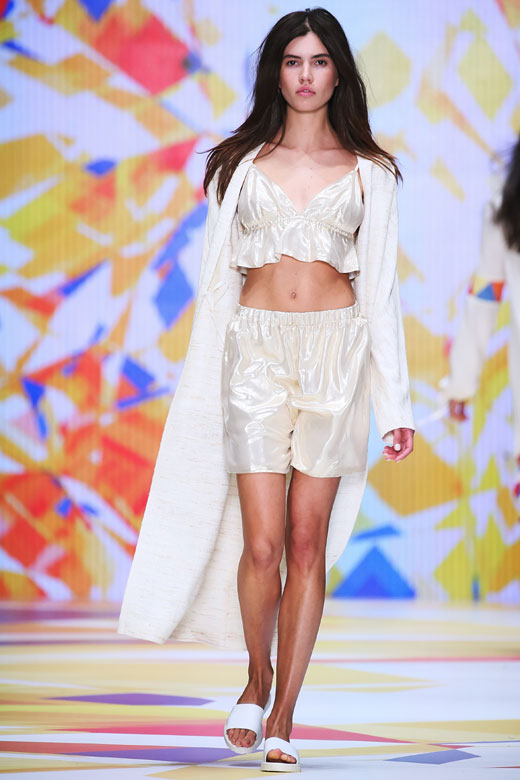 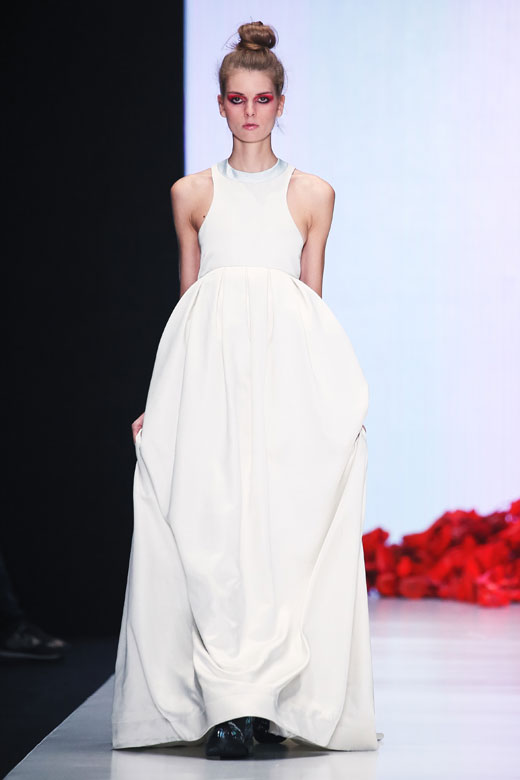 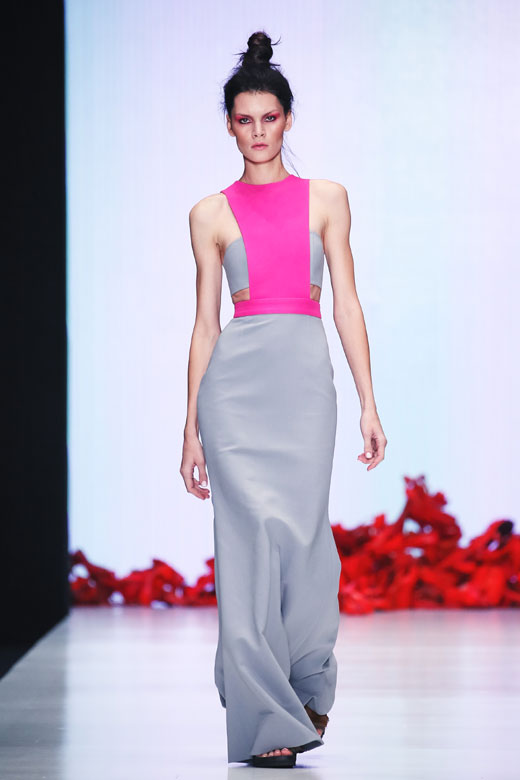 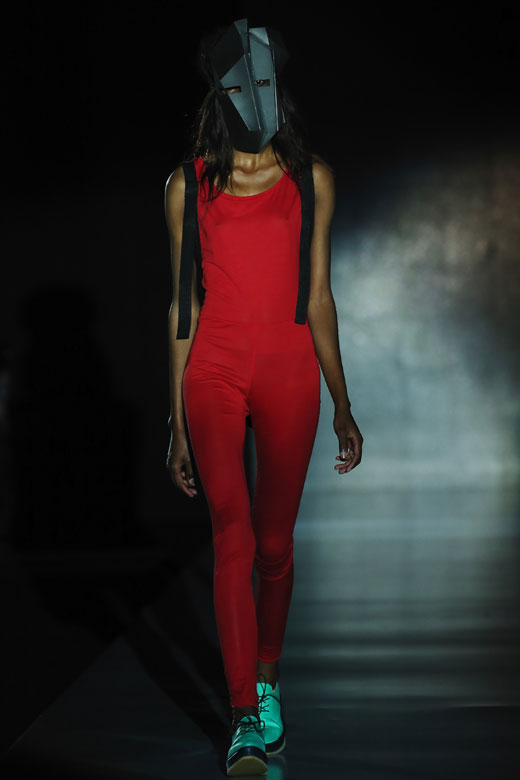 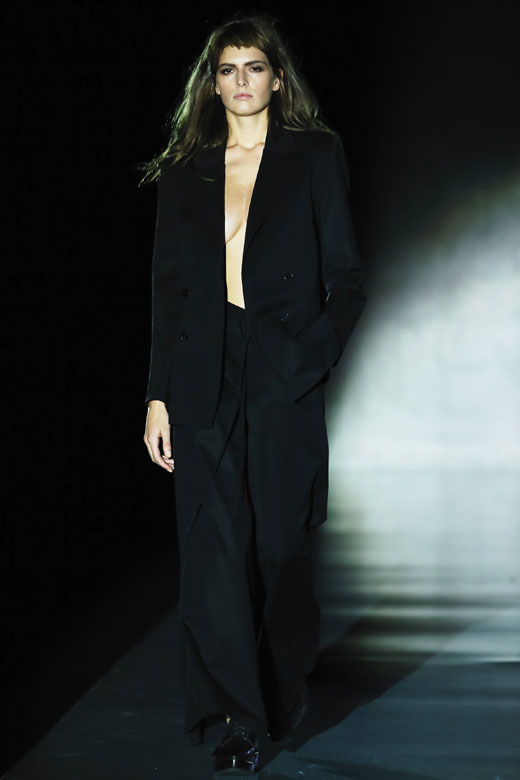 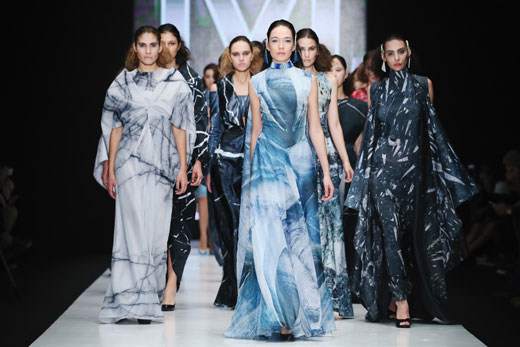 Socially oriented ZARINA&Natalia Vodianova and Bezgraniz Couture runway shows deserve special attention. ZARINA&Natalia Vodianova presented a new collection within the framework of the joint project Fashion with Purpose. The Naked Heart Foundation set up by Natalia Vodianova, which helps families raising children with special needs, contributed to the creation of this collection – the prints of the collection were based on the drawings of students of “Anton’s Right Here” centre - Naked Heart Foundation's supported organisation for adults with autism. Bezgraniz Couture and British Higher School of Art&Design touched the audience by their WearABLE Future project, the goal of which is to learn to value the human beauty given by nature regardless of the body capabilities.

On October 24 and 25 the space before the Manege Central Exhibition Hall – the main stage of the Mercedes-Benz Fashion Week Russia – saw a streetstyle meet featuring the world famous photographers from the US and Russia, such as: Adam Katz Sinding, Craig Arend, Yana Davydova, Jonathan Paciullo, Acielle Tanbetova. The streetstyle meet also was attended by guests of the Mercedes-Benz Fashion Week Russia, including bloggers Sofi Eliseeva, Lisaveta Popova, Katya Mezenova, Tanya Vasilieva, as well as the art director of Kabuki boutique in Paris and the world streestyle star Elina Halimi.

"Fashion industry in Russia is only starting to develop, but I think that it has a great future. Many from what I have seen seems interesting and promising to me. I would like to give special thanks to the organizers of the MBFW Russian for a show featuring people with disabilities. I was really touched by this runway show and I am happy that people in Russia are starting to notice this problem", said Elina Halimi to a press meeting.

In addition to a large number of shows and presentations, Mercedes-Benz Fashion Week Russia has prepared a number of interesting projects. For example, MBFW Russia team created the 360-degree panoramic video, which has recently launched on Youtube. During the pre-production of the video it became clear that the MBFW Russia stage presents a marvelous opportunity to make a good quality and interesting product and to show the Fashion Week from every perspective and angle.

Another surprise for the guests and participants of the Mercedes-Benz Fashion Week Russia was the implementation of the first full-fledged project in the field of virtual reality fashion. YouVisit (USA) - the leading world manufacturer of virtual reality content, which transferred the world of Fashion Week in virtual space, was responsible for VR-shooting. The lecture, organized within the framework of the business program YouVisit representatives met all-comers, told about a joint project with MBFW Russia and offered to try to plunge into virtual reality with the help of special glasses. The video, which was filmed during Fashion Week, will soon be available for users.

Within the context of business program some important statements were made. On October 21 at the press conference of online project Fashion. Made in Russia the State Secretary, Deputy Minister of Industry and Trade Viktor Evtukhov and Business Development Director in Russia and CIS AliExpress Mark Zavadsky announced that the world's largest online store offers the option of partnership with Russian manufacturers.

On the second day there was a meeting with Filippo Ceroni - representative of Italian company Grazia Bagnaresi (SI-JAY, MARCOBOLOGNA, MIA HATAMI). An important point of the meeting was the announcement of the Mercedes-Benz Fashion Week Russia, the Italian manufacturer Grazia Bagnaresi and showroom Studio Zeta joint competition. It is aimed to find a designer for the new brand, which will be launched at the Italian factory.

Another important of the press conference held by the Russian State Social University and Russian Fashion Council, during which the university's rector Natalia Pochinok and Alexander Shumsky signed an agreement on the creation of Fashion Industry Academy that will be educating design and fashion events professionals.

Title partner of Fashion Week is Mercedes-Benz. Mercedes-Benz Fashion Week Russia introduced a new Mercedes-Benz GLC, which is characterized by a large form. In technical terms, the new offroadster deserves the highest praise due to its high typical of brand safety and outstanding energy efficiency.