BGFN MAGAZINE >> News >> Business news >> Who are the 8 richest people in Europe?

Who are the 8 richest people in Europe?

Europe is the penultimate continent in size, but it is home for 8 of the 50 richest people in the world.

The news comes from Wealth-X (a company that conducts research on the super-wealthy) and Business Insider.

So, who are these eight richest people on the old continent and where does their wealth come from?

The 80-year-old founder and chairman of Luxottica - the largest eyewear company on the planet - is on the eight place of the ranking. The firm owns the Sunglass Hut, Ray-Ban and Oakley, manufacturers glasses for luxury brand like Burberry, Chanel, Prada and Versace, and has a total of over 6,000 stores, 10 factories and 35,000 employees worldwide. To celebrate his 80 birthday, Del Vecchio gave his Italian employees $10 million worth of shares in the company. 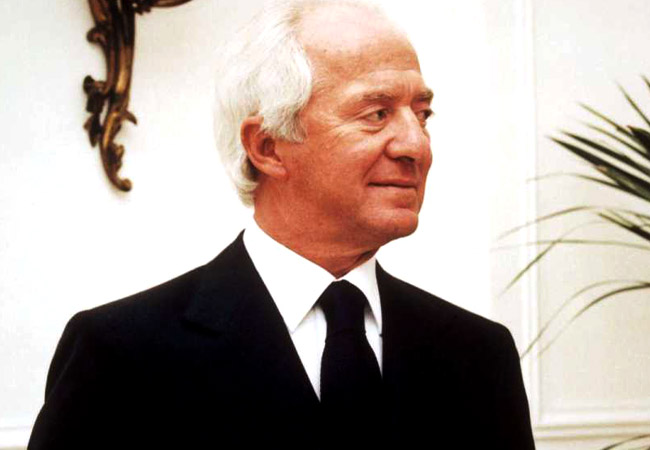 The 76-year-old German entrepreneur, owner of the Schwarz-Gruppe, chairman and CEO of the supermarket chain Lidl and the hypermarket chain Kaufland is regarded as 'The Richest Man in Germany' and the seventh richest in Europe. He joined the family business in 1973 and managed to rapidly expand the retail group outside Germany. He's reportedly a generous donor to educational causes. 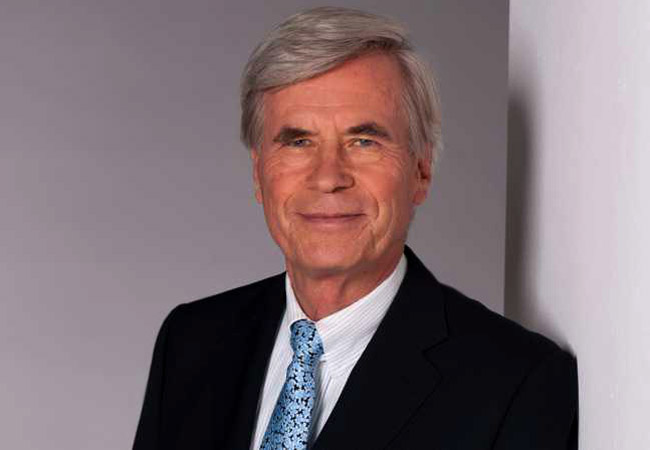 The 51-year-old German businessman is the youngest among the Top 8 richest people in Europe. He is the head of the supervisory board of Schaeffler Group (a major manufacturer of rolling element bearings for automotive, aerospace and industrial uses) and a member of the supervisory board of Continental AG (a leading German automotive manufacturing company). He co-owns the company with his mother and they have recently invested nearly $550 million in brand's electric and hybrid car parts business, expecting to double the number in the next five years. 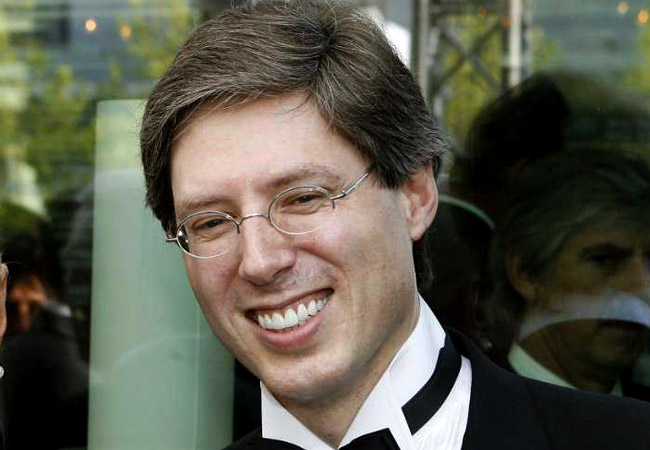 The 68-year-old Swedish business magnate is the chairman and main shareholder in fashion company H&M, which was founded by his father Erling Persson in 1947 as a women's clothing store called Hennes. In 1968 the business was expanded by acquiring a men's clothing store - Mauritz Widforss - and that's how Hennes & Mauritz (H&M) was formed. Currently H&M runs nearly 4,000 stores in places like Hong Kong, China, Tokyo, Japan, Russia, and the US, making Persson the fifth richest person in Europe. 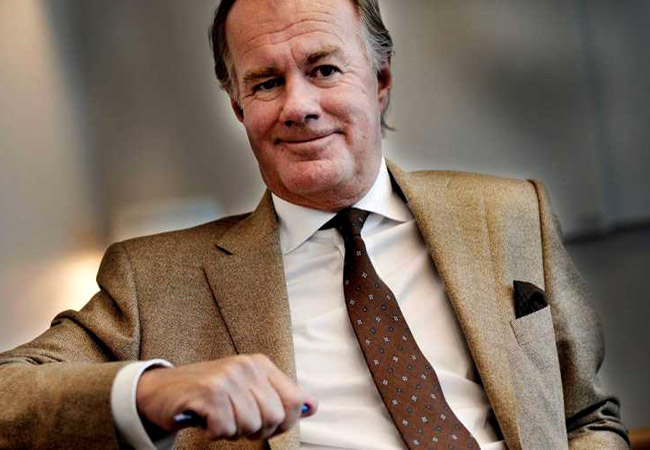 The 66-year-old French business magnate, investor, philanthropist and art collector is chairman and CEO of the French multinational luxury goods conglomerate LVMH, since 1989. The group houses 70 luxury brands from Louis Vuitton and Dior through Hennessy to Dom Perignon. This year Arnault is joining US-based private-equity firm Catterton to form an investment firm with a consumer focus, which will be 40% owned by LVMH and Groupe Arnault. 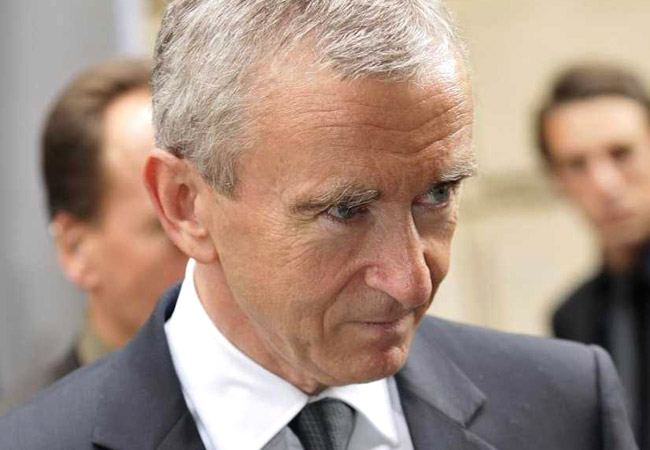 The 93-year-old French heiress, socialite and businesswoman is the only lady in the ranking. She is one of the principal shareholders of L'Oréal and, according to Forbes, the richest woman in the world. In 1950 she married French politician André Bettencourt, who served as a cabinet minister in French governments of the 1960s and 1970s and rose to become deputy chairman of L'Oréal. 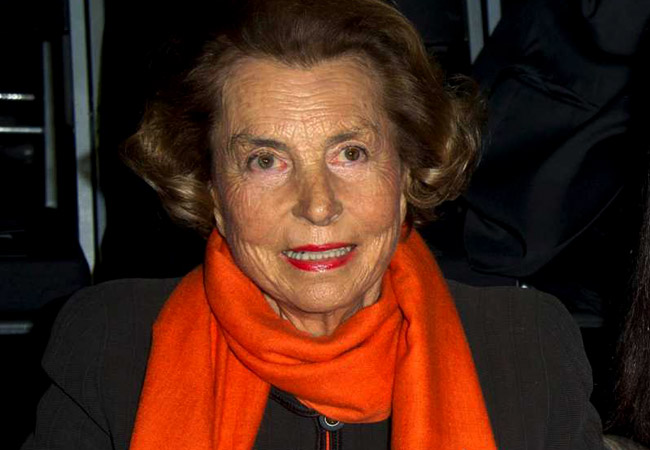 The 89-year-old Swedish business magnate is the founder of IKEA - the world's largest furniture retailer, specialized in furniture. He created it when he was just 17 and managed to set up "eternal life" for the company by keeping it off the stock market and securing it within a complex corporate structure. During his lifetime so far, Kamprad has donated $300 million to child rights, immunization, environment and wildlife, education, and medical research. 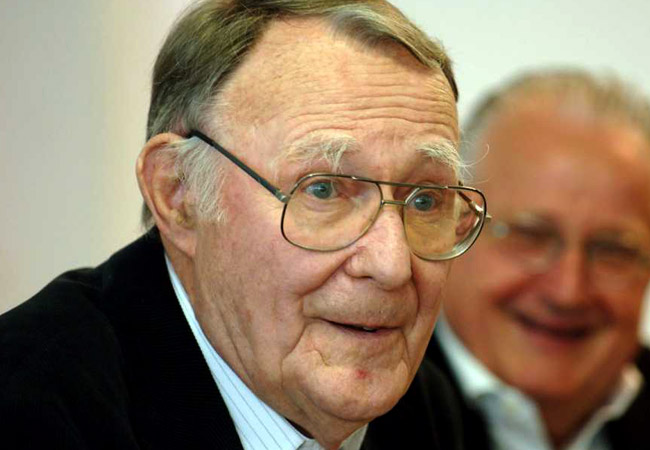 The 79-year-old Spanish fashion businessman is the second richest person in the world and a founding chairman of the Inditex fashion group. He has started Inditex as a delivery boy for a local clothing store at 14 and managed to turn it from a small-town dress shop into one of the largest fashion empires on the planet. Much of Ortega's success can be attributed to fast-fashion giant Zara - the company's biggest brand - who is changing retail by offering 'chic yet affordable designs and new styles at low prices'. Although Amancio Ortega is the richest person in the fashion industry he lives humbly and still eat lunch with his employees in the company cafeteria. 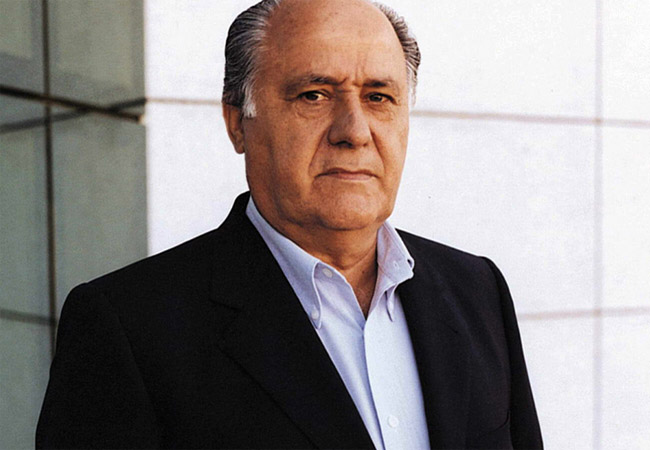