Gosha Rubchinskiy, Russian designer whose creativity has succeeded in attracting the international fashion community’s attention, will be presenting in Florence - on Wednesday 15th June - his Spring-Summer 2017 collection together with a photography project created for the event. 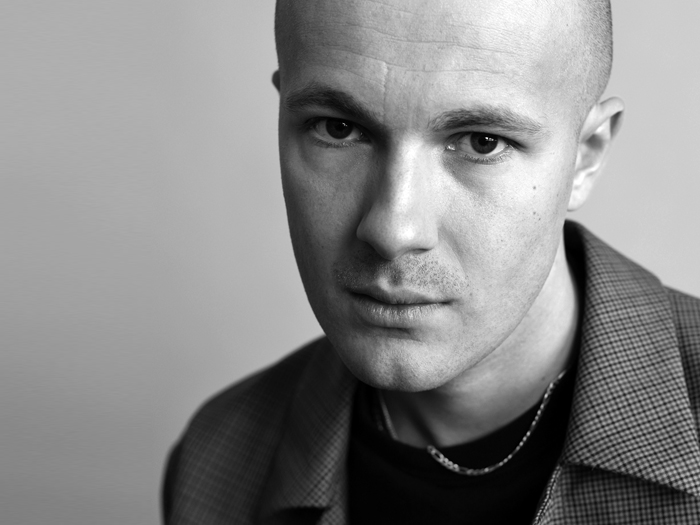 “This young Russian designer’s research combines the hard and tormenting aesthetic of post-Soviet youth culture in Russia” – says Lapo Cianchi, Pitti Immagine Director of Communications and Events – “with elegant notes of sportswear and artistic concepts that come from photography and movies – true passions and essential points in his training and development. Everything is filtered and interpreted through his skillful, and almost obsessive, use of multimedia technologies. It is precisely this vibrant system of references and languages that allow him to express profound social commentary in his creations.”

Gosha Rubchinskiy is a fashion designer, photographer and film maker. He creates elegant sportswear collections inspired by the romance of the youth, Russian religious roots and the clash between the Russian post-soviet mentality and growing up in a country undergoing huge political, economic and cultural change after dissolution of the USSR in 1991. His clothes are intended to be worn by the generation born after 1991 on which Gosha lays his hopes, and which he believes constitutes the most promising and influential part of Russian modern society.

His first collection “Empire of Evil” was presented at the end of 2008 in a stadium. The second collection of the trilogy, “Growing and Expanding” was shown in a disused Orthodox church- turned-gym in the suburbs of Moscow and drew the attention of foreign press for the first time. The third closing collection of the trilogy was called “The Sunrise is not far behind the mountains” and consisted of 3 parts: a video shot in St. Petersburg, a book of photographs and the collection itself. This trilogy was aimed at showing what is going on in the heads of those young skaters and graffiti artists. Filled with anarchic and religious cultural references, it served as a strong source of inspiration for Gosha.

On February 2010 during London Fashion Week, Gosha presented his forth collection “Slave” as part of the Fashion East Menswear Installation. Later that year, he opened a corner in London's DOVER STREET MARKET, who was the first shop to stock his collection outside of Russia. After a gap year focusing on his photography and art projects, Gosha felt the urge to return to fashion. In 2012, he started his collaboration with COMME DES GARCONS, who for the first time handled the production and international distribution of a designer outside of their own creative team. Marking his Paris Fashion Week runway debut with his SS15 collection in June 2014, “Arctica” was extremely well received by the press. This collaboration is now running into its 9th season (FW16).

Everything Gosha does is about multimedia. He designs his collections, photographs them, casts models, produces his lookbooks and seasonal fanzines. It’s his way of creating his own world and building his ideology as a whole. 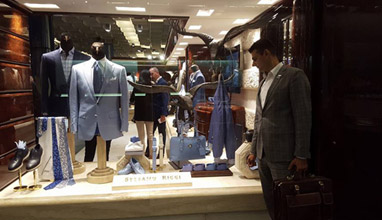 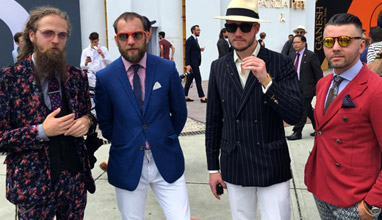 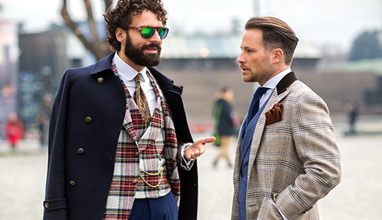 Just Like A Man - the Pitti Uomo exhibition project