Conceived by Cristiana Schieppati and organized by Crisalide Press in collaboration with Milan City Council, the Chi ? Chi Awards - now in their sixteenth year - opened the ball at the Milan fashion week, as has been the custom for the last sixteen years, with a ceremony at the Palazzo Marino in Milan. The event saw awards go to well-known faces from the worlds of fashion and show business, as well as to brands and entrepreneurs who have stood out in terms of excellence and topicality. 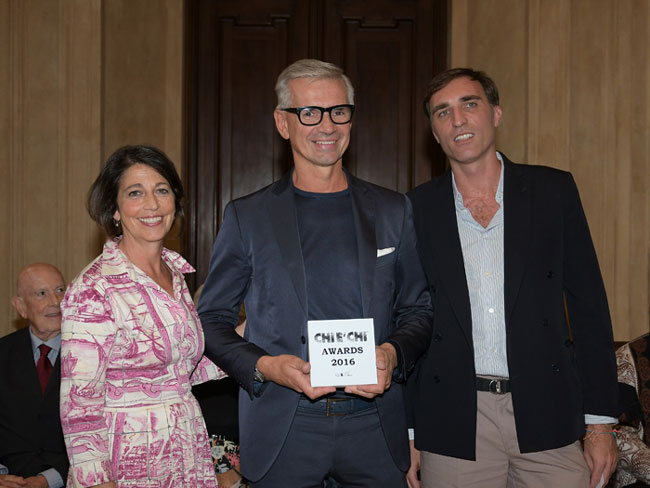 “Black Tie: male elegance awarded prizes by women” was the theme and title of the 2016 edition. The awards were presented by some of the big female names in the fields of publishing, fashion and politics.

Among the many awards was "Best Mens' Fashion Brand", awarded to the Pal Zileri label – presented to the brand's Creative Director Mauro Ravizza Krieger – who also presented the Lab Pal Zileri line at the last Pitti Uomo show at Fortezza da Basso in Florence in June.