The launch of SSS World Corp marks O’Shea’s return to design following his departure from Brioni in October. Its runway debut will take place in Paris in June. 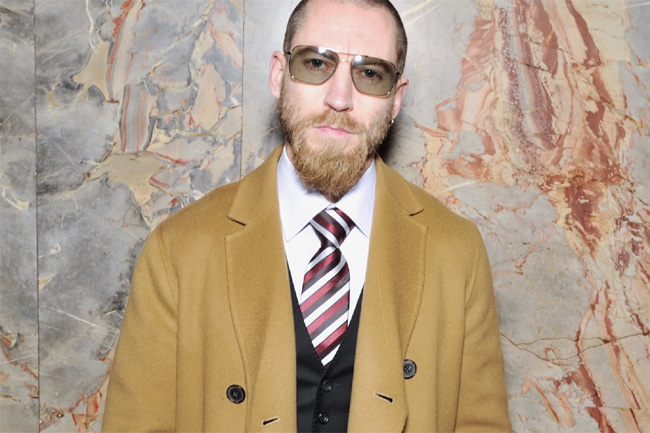 The Australian today announced via the Business of Fashion and his Instagram that SSS World Corp will be his first venture into the luxe streetwear segment. According to O’Shea, his new label will aim to reflect the graphic-heavy aesthetic similar to that of Vetements. Expect outerwear, tailoring, shirts, t-shirts, swimwear, footwear and jewellery with graphics created by O’Shea and his frequent collaborator, Benny Robinson, who was the man behind Brioni’s gothic-inspired logo revamp.

“People don't want to buy into a label, they want to buy into an idea,” O’Shea tells BoF of the concept behind the brand.
“There needs to be some kind of element of contradiction and something which makes them feel like they're getting individuality rather than something that's a blank approach."

The label aims to unite a street aesthetic with luxury sensibilities, and is heavy on prints and graphics created by O’Shea’s friend and frequent collaborator Benny Robinson, who also recreated the Brioni logo for O’Shea last year.