“I am honoured to collaborate with the house of Brioni. Thanks to its long sartorial history, Brioni has the potential to redefine its position as a unique luxury brand. The house’s philosophy is based on a pioneering approach to menswear. My aim is to reinforce and invigorate this longstanding tradition,” said Nitsche, who is the first female creative director to lead the brand. 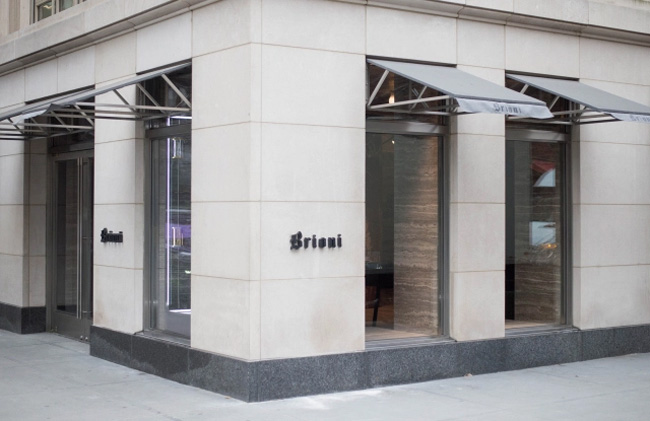 “I am very pleased to welcome Nina-Maria Nitsche to the house of Brioni. Ever since I met her in 1996, I have been impressed by her creative approach, starting from a clearly defined concept and then transforming that into products that accurately resonate with the customer. Her point of view will allow the brand’s core values to prosper and yet inject a contemporary dialogue that will enable Brioni to evolve into the future,” said Brioni chief executive Fabrizio Malverdi.

The appointment of a female creative director at a menswear brand marks yet an unconventional move for Brioni, which is going through a time of transition and has been trying to re-assert itself in luxury menswear market following a series of leadership changes. In April, Malverdi replaced former chief executive Gianluca Flore, who left the company in February.

Nitsche replaces Justin O’Shea, Brioni’s former creative director, whose abrupt departure was announced in October after just six months in the post. The appointment of O’Shea — a former buyer and social media star with no formal training or experience as a designer — was a highly unconventional move for the brand.