A bespoke tailor is set to close the doors of his shop in Leigh for the last time after almost 50 years in the business.

Mr Aprile-Smith, whose handiwork was praised in 2009 when the Prince of Wales asked a south Essex businessman at a reception for the name of his tailor, said: "I am retiring because I feel it’s the right time for me to step down. I was supposed to retire last spring, but there was just too much work." 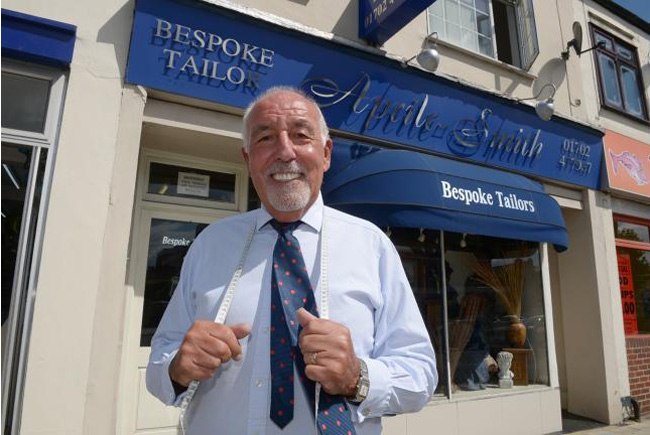 Mr Aprile-Smith started his business in 1968 at the age of 21 when there were nine other bespoke tailors in the area.

He said: “We had competition back then because people moved in from London after the war. It was tough because I was the new guy on the block. In those days there was no internet and I relied on word of mouth.”

Mr Aprile-Smith, who will close his store at the end of August, says tailors never stop learning as fashion and tastes evolve all the time. He added: “When there’s a James Bond film in the cinemas you get people coming in asking for a super suit.”