Paul Rudd - Man of the Year

The Hasty Pudding Theatricals, the oldest theatrical organization in the United States, welcomed actor and screenwriter, PAUL RUDD, to Harvard University where he received his Man of the Year award. The Hasty Pudding Theatricals’ Man and Woman of the Year Awards are presented annually to performers who have made lasting and impressive contributions to the world of entertainment. The Man of the Year award was established in 1963. Its past recipients include, among others, Robert Downey Jr, Tom Hanks, Chris Pratt, Robert De Niro, Harrison Ford, Justin Timberlake, and most recently, Ryan Reynolds. 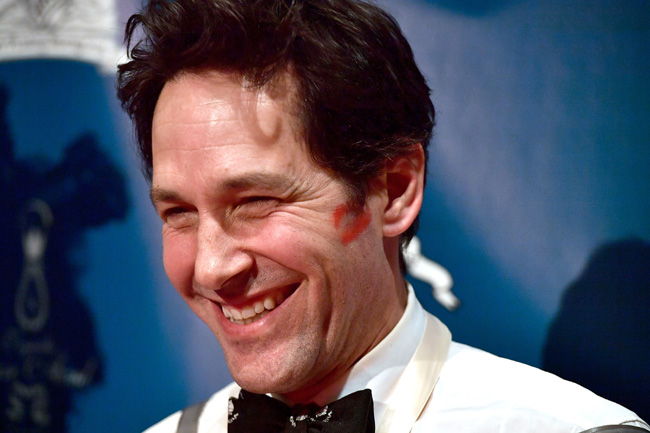 The Man of the Year festivities, presented by RELATED, started early in the day, when Mr. Rudd was given a tour of Farkas Hall, followed by a private seminar with the members of the Hasty Pudding Theatricals. In the evening, Mr. Rudd was given the Pudding’s traditional roast and was then made to earn his Pudding Pot as punishment for the alleged deal he made with the Grim Reaper to not age since 1995. Some of the tasks, which Mr. Rudd had to perform, were proving his merits as one of Marvel’s Avengers; doing several line readings. harking to his stage career. including doing impressions of former Man of the Year Robert De Niro and Roastmaster Hannah Needle; and showing that he had what it takes to be a Sex Panther in a nod to Anchorman. 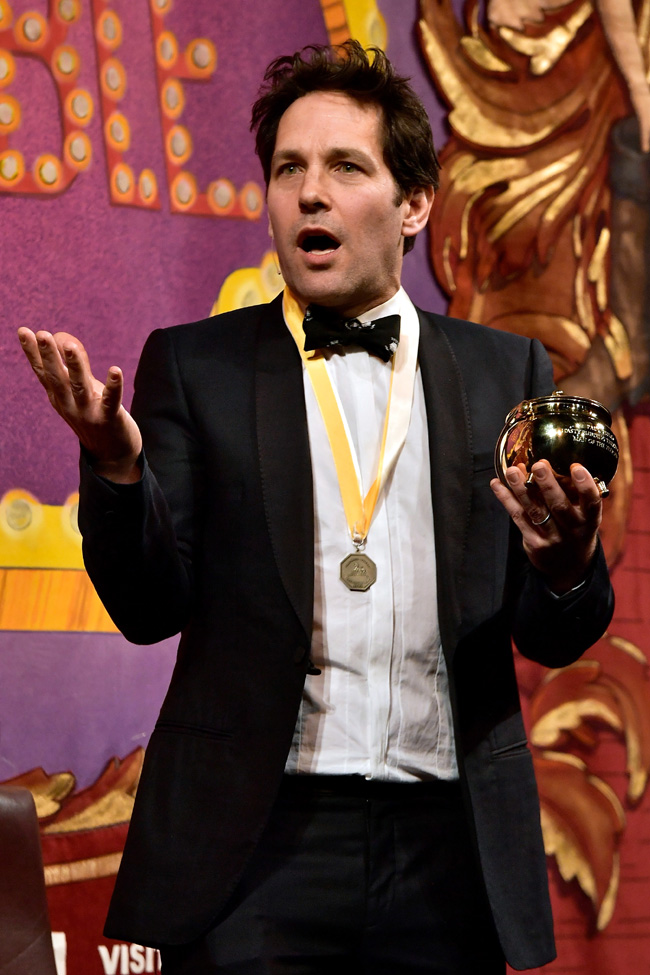 The Hasty Pudding Institute of 1770’s philanthropic mission is to provide educational and developmental support in all aspects of the performing arts for the underprivileged, to encourage satire and comedy, and to cultivate young talent around the world. The Institute is comprises the Hasty Pudding Club (the oldest social club in the United States), the Hasty Pudding Theatricals (the third oldest theater group in the world, after the Comedie-Fran?aise and the Oberammergau Passion Players) and the Harvard Krokodiloes (the foremost collegiate a cappella group in the United States). Over the last two centuries, it has grown into a premiere performing arts organization, a patron of the arts and comedy, and an advocate for satire and discourse as tools for change worldwide. 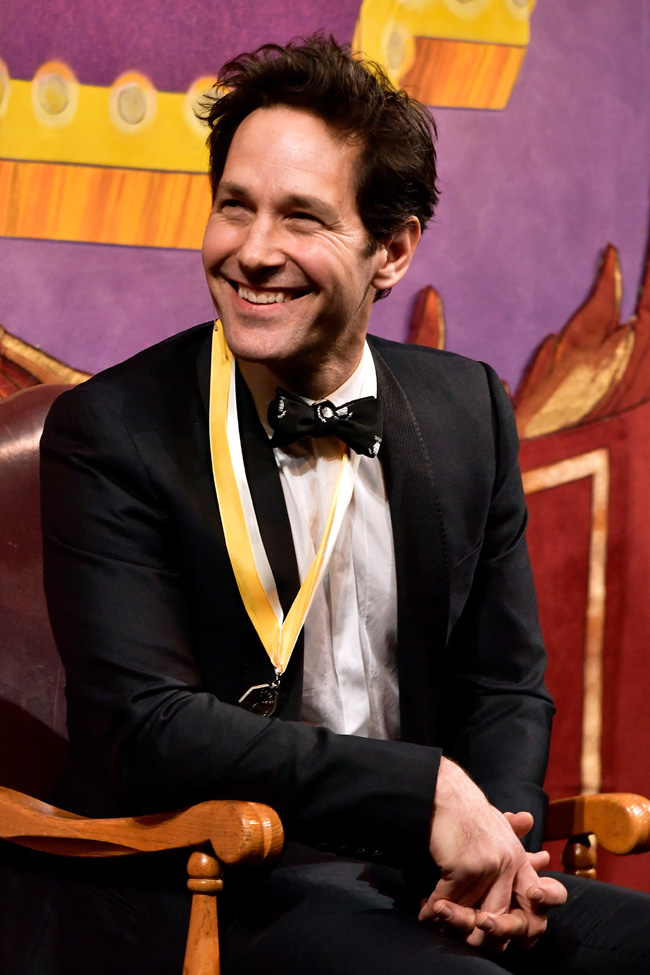