Men who dress up show their character and image that symbolize self-respect and pleasure. Women may have put various intricacies in the field, but men also make efforts into putting themselves together. Throughout the years, fashion has become a part of everyday life. They may not know it by then, but even the earliest men expressed and carried themselves through self-adornments.

After many years of development in men’s fashion, there is one thing that prevailed for several years until today, with gradual modifications along the way. The perfect combination of a well-tailored suit, mens shirts, suitable tie, and elegant leather shoes, would forever remain on point. 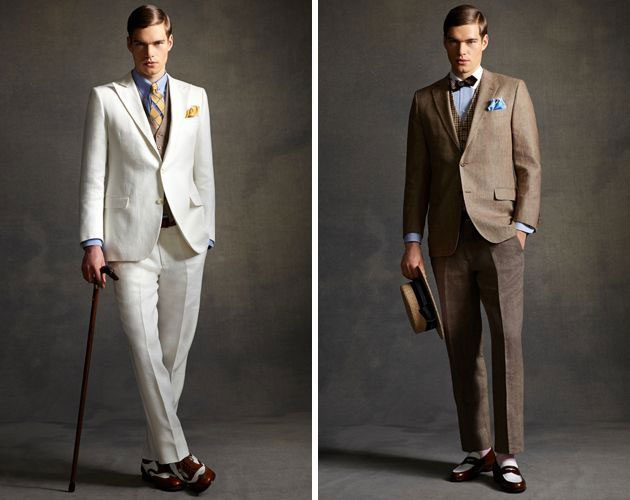 Women’s and men’s shirts are buttoned up differently. The shirts of the men have buttons placed on the right side, while women’s shirts have it on the left side. No reported information can confirm this fact. However, many historians believe that men’s shirt buttons location has something to do with drawing their weapons during a fight. They could easily access their swords tucked into the left side of their jacket using their dominant right hand when the buttons are on the right side. And as for women, servants used to button their shirts, hence the left side.

The tribal men wore the first make-up in history 10,000 years ago. They painted themselves to camouflage while hunting animals. They also coloured their face and bodies to frighten their enemies during battles. The ancient cultures used paints for practical purposes, not for enhancing one's beauty.

Ancient Egypt had first realized the role of fashion in men’s clothing. Through the Egyptian rulers, the trend of clothes has spread like an epidemic to other people beneath them. The soldiers wore uniforms. The social status of people became apparent through the pieces of jewellry and precious ornaments that they wore. The artifacts embellished to the clothing of the men symbolized their royalty, leadership, and affluence. For many centuries, clothing has become an indicator of rank and fortune. Egyptian kings and pharaohs also wore heavy green eye make-up as they believed that green summons gods of the sun and sky.

In the 19th century, a lady invented the detachable collar for men to avoid changing men’s shirts every single day. Gentlemen used the stiff collar with 2 to 3 buttons as fashion accessories in clubs. Unfortunately, something went wrong with the collar. It was starched to the stiffness that resulted in the tragic deaths of some men, thus called the “father killer.” The detachable collar cut off blood circulation, suffocating those who used it.

Men as the Pioneer

Several stories indicate that men pioneered some fashion features that women’s fashion of today exhibits. Conquering the world with flowers as adornment is an example. Alexander the Great planted the roses that he introduced to different countries, which symbolized life and fragility.

Pink was first associated with men as well. Powerful men in the 18th century dressed in pink silk suits, embellished with flowers. They also wore jewelry like pearls, golds, rubies, and other stones. The young boys from centuries ago wore dresses before men's shirts. Heels were a thing for men back then as well. People with status used it for ceremonial occasions while the butchers wore it to walk over bloody carcasses.