A wardrobe with high IQ

Fashion and science are often regarded as two opposite concepts. The first has a volatile, superficial reputation. The second is believed to be very serious and more often boring. Their combination however gave life to products worthy of science fiction, products that emit lights, kill germs, store heat and restore it to the body when temperature drops, measure blood pressure, temperature and water levels in your body. For several years, fashion designers and producers have been working together on technological novelties in clothing, which no longer have to merely keep you warm, but also have to provide functions worthy of smart gadgets.

Give me a hug - The Hug Shirt!
Hugs usually come from your loved ones. But what do we do when they're away and we need tenderness? Italian designers have created a T-shirt which, thanks to a sensor system, can transmit to the wearer the warmth of the missing loved ones. Done by Francesca Rosella, from the Ivrea design institute in Turin, the “hugging T-shirt” has a network of sensors placed in strategic places: on the shoulders, back and around the hips. The system works through a Bluetooth cell phone, especially designed to receive from your loved one. The data is analyzed and transmitted to the sensors, which make the hug real, by expanding and deflating parts of the T-shirt so that the wearer can feel the physical touch and warmth of a real hug. 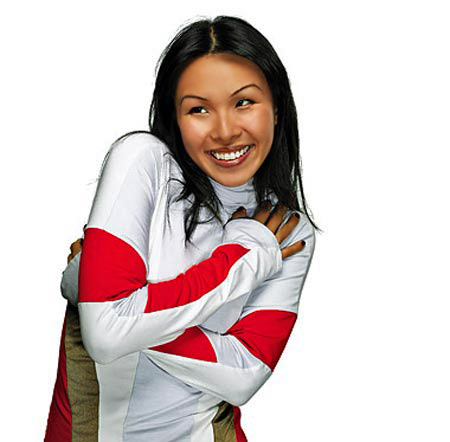 Dresses change their colour and size
The smart, sensitive dress is made of an elastic fabric which incorporates sensors that have to be placed close to your body. They record the movements of the wearer, interaction with other people, displaying the data through the electroluminescent embroidery covering the lower part of the dress. Based on the amount and speed of movements, LED colours change, creating a real show of lights. The algorithmic program that controls the dress is designed to keep track of changes in your organism. When you stay still, the dress is black, but when it feels movement or interaction with other people, several blue circles appear around it. The mysterious dress can change shape and length even during a single party. If, in the beginning of the party, you were wearing a pale grey, knee-long dress, made of a soft fabric, you can finish the evening wearing a long, straight, bright red dress. And all of this without having to change clothes.

Health monitored by clothes
One of the most amazing discoveries in the field is the breast cancer detector, which is incorporated in the bra and can detect cancer from an early stage. Moreover, the system will allow monitoring the tumor's growth and the effects of the treatment. “The smart bra” works based on a device of antennas with microwaves, incorporated in the fabric during its fabrication. The antennas rise whenever they detect an abnormal temperature in your breast's tissue, which is generally associated with the presence of cancer cells. Not long from now, besides clothes that make the wearer look thinner, we'll be able to find in stores clothes that make the wearer warm or cool, that make the wearers smell beautifully or feed them vitamins.

“The world is endless when it comes to combining clothes and technology. Only imagination can draw the limit,” says Adam Best, the researcher who designed a shirt producing electricity based only on the body's movements.