Jennifer Lopez's seventh perfume was inspired by her twins 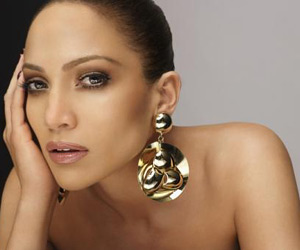 The singer's latest scent, 'My Glow by Jennifer Lopez' comes in a glass bottle with images of 16-month-old Max and Emme embossed on the dual-sided cap.

The fragrance will be sold in a box which mirrors her baby shower invitations when it is released in October.

Prices of 'My Glow' will start at $49 for a 50ml bottle, and the collection will include a body lotion for $30.

The fresh and floral fragrance - which will be released in conjunction with Coty - will encompass lavender, water lily, white rose peony and heliotrope.

Jennifer's first fragrance 'Glow' was a best-seller when it was released in 2003.

Since then she has successfully launched a string of follow-up scents - 'Still', 'Miami Glow', 'Love at First Glow', 'Live' and 'Live Luxe'.

Jennifer's last fragrance, 'Glow After Dark' was released for sale in 2007 before she gave birth to her children.