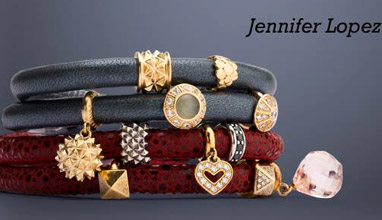 'The main idea of the collection is to offer you 'endless options'. It is a stimulus for creating your own unique combinations for every occasion. Everyone has their own unique sense of style and they are a reflection of our personality. With this collection you can express your personality through our bracelets and charms. That's what's so fun about my Endless collection. Whatever you dress up or down, you can match the style with whatever you are wearing - and have fun with it'. 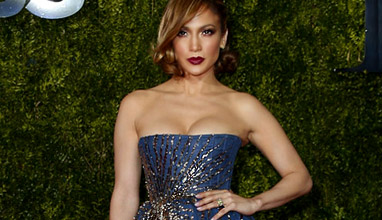 The Antoinette Perry Award for Excellence in Theatre, more commonly known as the Tony Award, recognizes achievement in live Broadway theatre. The awards are presented at an annual ceremony in New York City. This years edition of the event was held on June 7, 2015 and the most stylish celebs, according to us, were... 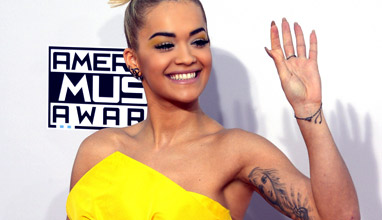 During this year's show, held on Sunday (November 23, 2014) there was a lot of glamor on the red carpet. Singers Selena Gomez, Zendaya, Jordin Sparks and Fergie were among the most stylish celebs of the evening.

The new perfume of the singer brings the stunning title JLove and it can be found in shops in October.

"When we created the first perfume Glow, I was thinking how to do the most beautiful scent ever created. We made beautiful things with this perfume and I fell in love with the business", revealed the actress.

Jennifer Lopez insists she isn't a diva in her backstage demands

Jennifer Lopez has scoffed at claims she makes outrageous backstage demands and insists she doesn't ask for anything out of the ordinary on her tours.

Jennifer Lopez insists she isn't a diva when it comes to her rider demands.

The singer-and-actress has earned a reputation as a demanding star, but Jennifer is adamant she doesn't ask for anything extraordinary backstage, she is just particular about the things she does want.

Carrera y Carrera is a Spanish jewelry firm that is considered one of the most prestigious in the world. Present in over 40 countries, the Company has subsidiaries in the United States, Japan, and Russia, and boutiques in Madrid, Barcelona, Tokyo, Moscow, Dubai, and Kuala Lumpur, among others.

The 41-year-old Jennifer Lopez has just been named as the new face of the TOUS Spring 2011 ad campaign.

In its effort to continue to evolve into an international powerhouse, Barcelona-based jewelry brand will touch people around the world with the new face of their advertising campaign. "We are absolutely delighted to have the iconic Jennifer Lopez be the face of TOUS' Spring campaign," declares Rosa Tous.

Jennifer Lopez and her twins will be stars in Gucci Ad

Jennifer Lopez and her twins, Max and Emme, will be the new stars of Gucci's debut childrenswear campaign.

The adverts were shot by famous photographers Mert Alas and Marcus Piggott in Mailbu in July and feature beach side shots of Lopez and her two-year-old twins, decked in the label's apparel and accessories.

According to WWD, Gucci will also make a donation to UNICEF and the Maribel Foundation - a charity founded by Lopez and her sister, Lynda, which raises money for health care for women around the world.

Gucci announced that Creative Director Frida Giannini and Vanity Fair Editor Graydon Carter co-hosted the Vanity Fair/Gucci party on May 15 in Cannes. An intimate dinner at the Hotel du Cap was followed by a party to celebrate Martin Scorsese and the 20 year anniversary of The Film Foundation.

Jennifer Lopez's seventh perfume was inspired by her twins

The singer's latest scent, 'My Glow by Jennifer Lopez' comes in a glass bottle with images of 16-month-old Max and Emme embossed on the dual-sided cap.

The fragrance will be sold in a box which mirrors her baby shower invitations when it is released in October.

Prices of 'My Glow' will start at $49 for a 50ml bottle, and the collection will include a body lotion for $30.