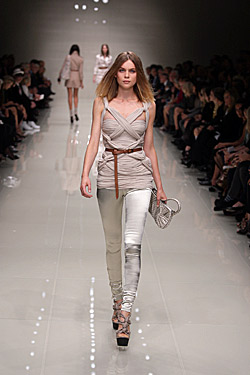 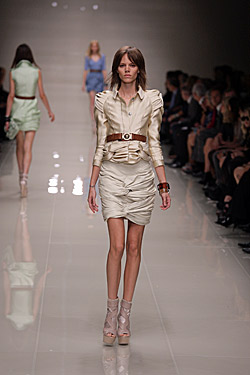 British actress Emma Watson, model Agyness Dean and TV presenter Alexa Chung were among the stars attending the only red carpet event of London Fashion Week. A-listers Liv Tyler, Mary Kate Olsen and Orlando Bloom, as well as Maggie Cheung, Freida Pinto and Dev Patel also made an appearance. The Burberry show - its first major show outside of Milan - is also the largest of the Week and features the longest catwalk and front row. 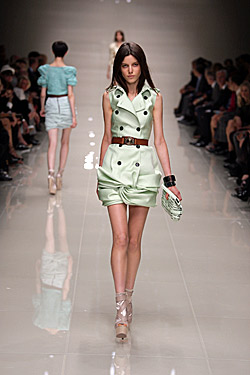 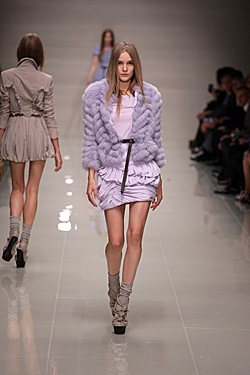 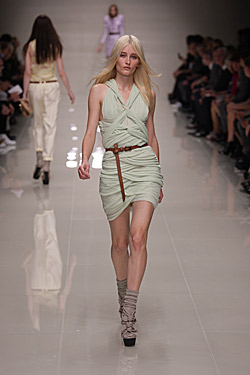 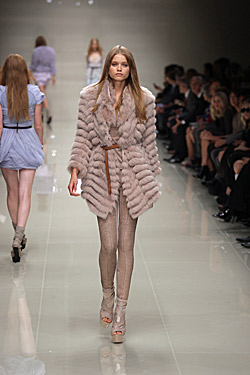 Burberry joined the FTSE 100 last week, further demonstrating its position as a top ten global luxury brand and, despite the recession, as a major exporter of a flourishing British creative economy. 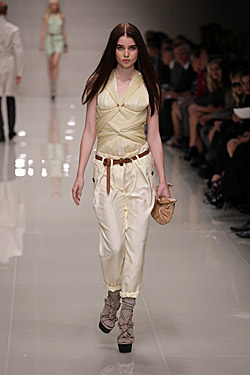 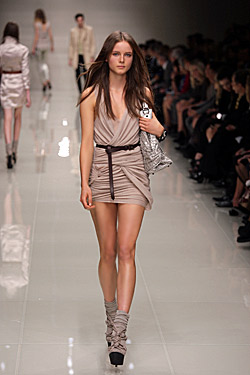