Mick Jagger's daughter will be the new advertising face of Versace 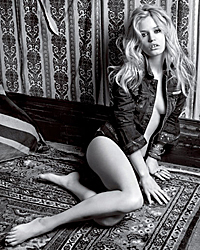 The daughter of the Rolling Stones's singer Mick Jagger, Georgia May Jagger, will be the new advertising face of Versace.

17-year-old model will be the face of the advertising campaign for spring-summer of Versace. The photos of this campaign are work of photographer Mario Thestino.

She is smart, beautiful, full of energy and strong character, much like it. It is ideal for this collection, real girl of Versace, "said Donatella Versace.

Georgia is the daughter of Mick Jagger from his marriage to model-Jerry Hall.