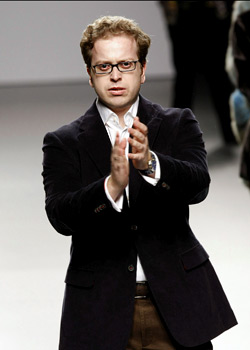 Two animal rights campaigners protested against the use of fur in the garments at Jesus Lorenzo show during Cibeles Madrid Fashion Week Autumn/Winter 2010 on February 23, 2010 in Madrid, Spain. The top Spanish designer designer supports the using of fur.

The man and the woman held up signs with the slogan "fur is murder" in Spanish in front of models wearing coats made of mink, chinchilla and fox at the end of the show.
The activists belong to Spanish animal rights group "Animal Equality" which reported on its website that the couple had been detained by police.

Jesus Lorenzo's show was held on the last day of the six-day Madrid Fashion Week, which is held twice a year.

"Consumers, tired of the mass market, want to stand out and infuse themselves with the personality of innovative designs that make a functional and daily use of fur" the famous designer wrote in the description of his collection.

A total of 51 designers are showing their collections at 43 fashion shows during this edition of Madrid Fashion Week. 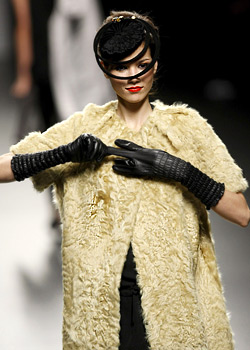 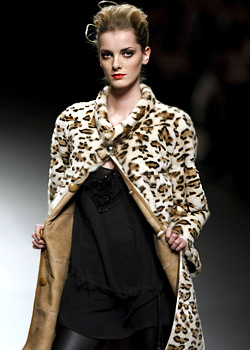 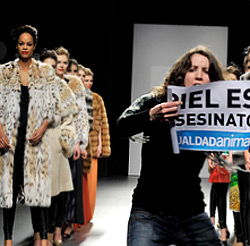 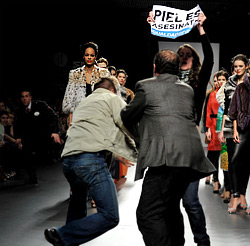 1. The designerJesus Lorenzo,after the presentation of his Autumn-winter 2010/2011 collection in Madrid. BGNES

2. - 3. Models of Jesus Lorenzo from fur, presented during the Madrid Fashion Week. BGNES