Nominees for "Oscars of fashion 2010" 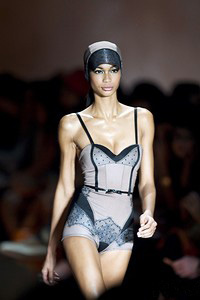 The designer Alexander McQueen and model Iman are having special place in the "Oscars of fashion," wrote Spanish media.

Like every year the Council of fashion designers will give their awards, known as the “Oscars of fashion”.

The event will be held on June 7 at Lincoln Center in New York.
Although is still unknown who will be the lucky ones to go home with the prestigious award, it’s already clear what are the names of nominees in the 2010 edition.

For Womenswear Designer are nominated Alexander Wang, Marc Jacobs and Donna Karan.
For Menswear Designer of the Year are nominated Michael Bastian and Tom Ford.
The nominees for Accessories Designer of the Year are Alexis Bittar and Alexis Bittar.
For The Fashion Icon will be awarded the black gold of the fashion – Iman, and Board of Director's Special Tribute award is assigned to Alexander McQueen.