Indian multinational giant Adytia Birla Group presented its new corporate advertising for 2011. It will be aired this year on the most popular televisions in the world. In the ad is starring the famous Bulgarian model Geya Antonova. The Bulgarian, who works for Expose models agency, was chosen among thousands of models for the ad.

Geya said that the work on the video clip lasted two days, it was shot in Bangkok and in some famous clubs in the city. The Indians liked our girl, even without seeing her on live casting. To take the role in the video, the model just showed her portfolio and advertising in which she has appeared before.

The Indian conglomerate draw the attention of advertisers two years ago, creating the best ad for the year with a record budget of 5.5 million dollars. 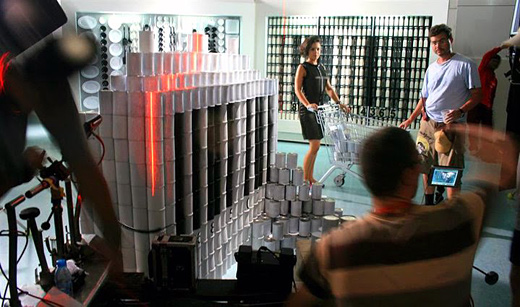