The worst dressed guests at the Royal Wedding

At the Royal wedding, considered as the biggest event of the year, we expected from all the guests to show their best style. Not surprisingly, there is always someone who stands out with bad taste. 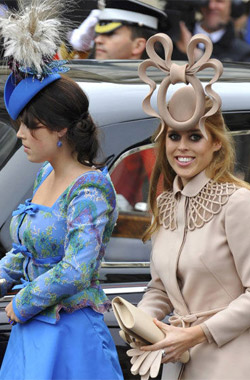 One of the top places will be awarded to Victoria, Crown Princess of Sweden. Her vision was determined by stylists as "vulgar" because of the inappropriate dress in pinkish-orange color, more suitable for a cocktail rather than a royal wedding.

Princess Beatrice and Eugenie appeared, dressed for a Lady Gaga concert, instead for the wedding of William and Kate. Daughters of Sarah Ferguson and Prince Andrew probably selected these suits to see themselves at the front tabloids' pages. 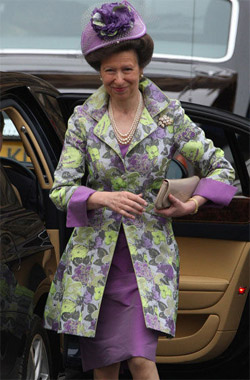 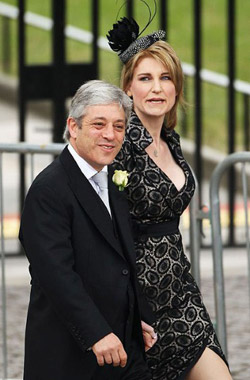 Princess Anne managed to look like a spring vegetable garden. The silohuette of her outfit was fitting and flattered her but the pattern was inappropriate.

Sally Bercow holds one of the top places in the ranking - it seemed like someone neglected to tell her the rules of demure dresscode: neither cleavage nor thigh should be shown - let alone both! 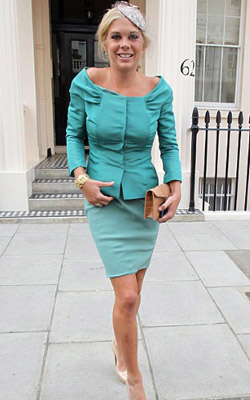 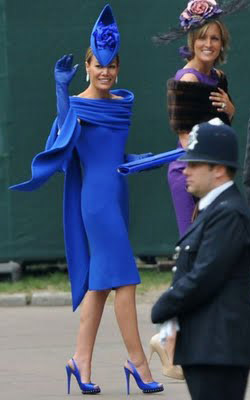 Prince Harry's girlfriend Chelsea Davy's turquoise silk Alberta Ferretti suit was too tight and too short for royal wedding standards, but had a gorgeous neckline.

Tara Palmer Tomkinson wore a bright blue dress, blue gloves, blue hat, blue shoes and blue bag, that were just too matchy. Her hat was weirdly placed and her outfit fails to impress with this head-to-toe blue.