On the photos we can see the Florence bag, named after Roberto Cavalli's home city in Italy, and designed by his wife Eva. Naomi wears a bright jacket and trousers and gold mini dress, which show off her perfect body. 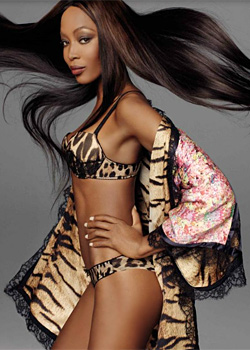 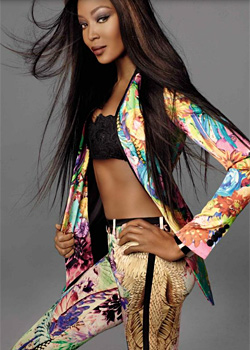 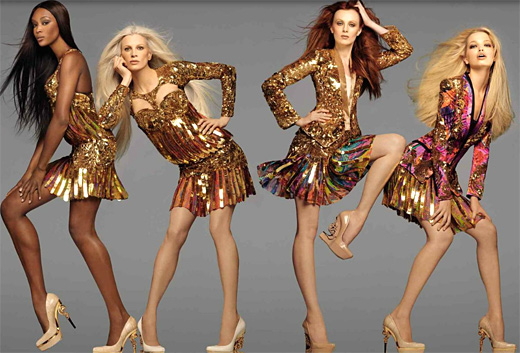