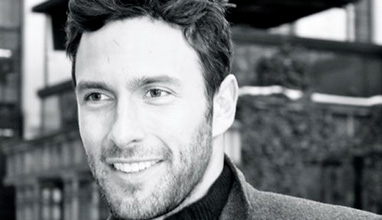 After beginning his career in 2003 at the age of twenty, Mills progressed into working with a number of fashion companies, most notably Wilhelmina Models, from which he started his model life. In 2004, Mills made his debut as a runway model for the fall Gucci and Yves Saint Laurent collections in Milan and Paris. In early 2005, he signed a contract with Dolce & Gabbana. 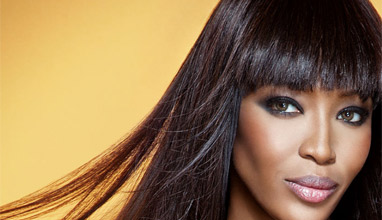 Naomi Campbell opens a shop for charity in London

Top model Naomi Campbell will open a charity shop in London, which will sell clothes donated by her, her friends and designers who wishing to make a donation.

The top model Gisele Bundchen record a song for the new autumn-winter campaign of H & M.

Miranda Kerr is the new face of the Spanish brand Mango for its Autumn/Winter-2013 collection.

British model Naomi Campbell proved that she takes her job seriously after she posed with a fur vest on a hot NYC afternoon to model for Dennis Basso’s fall/winter 2010 campaign.

In addition to the fur vest she was wearing a one piece, green swimsuit, high heels and jewelry. The model put her long legs on show in front of a gas pump and also paraded a series of fur coats.

The outspoken supermodel claims advertising executives are shying away from using ethnic minority models in their campaigns because they "don't dare" risk losing sales.

She told Britain's Sunday Telegraph newspaper: "This year, we have gone back all the way that we had advanced. I don't see any black woman, or of any other race, in big advertising campaigns."

Dolce and Gabbana are set to launch their online store

The Italian fashion house's site www.dandgstore.com will sell clothes, accessories, beachwear, eyewear and jewellery, which will be available to 31 countries worldwide. Speaking about the website, Stefano Gabbana told WWD.com: "The online boutique is like a game. It's a fun and immediate way to shop, without space or time limitations. We are confident it will get people even closer to D and G's dynamic universe."

The news comes just days after the designers - whose celebrity fans include Kylie Minogue, Victoria Beckham and Naomi Campbell - announced they were cutting their prices by up to 20 per cent. Gabbana admitted people were less willing to part with their hard-earned cash during the current economic climate so have slashed the costs of their sought-after designs.

A picture with Naomi, Cladia and Eva is cool and the commercial campaign will cause a furore. The three fashion icons postured naked on a simple photo for Dolce an Gabbana's scent "Anthology".

The great topmodels are still on top. The beautiful star trio from the 80's and 90's still looks magnificent without any wrinkle.