The Australian actress Nicole Kidman undressed for the new campaign of Jimmy Choo.

She dropped the conservative image for the latest campaign of Jimmy Choo Spring/Summer 2014. The actress looked stunning for the camera wearing only a short black skirt, a pair of gladiator sandals and yellow-black bag on her naked forms. 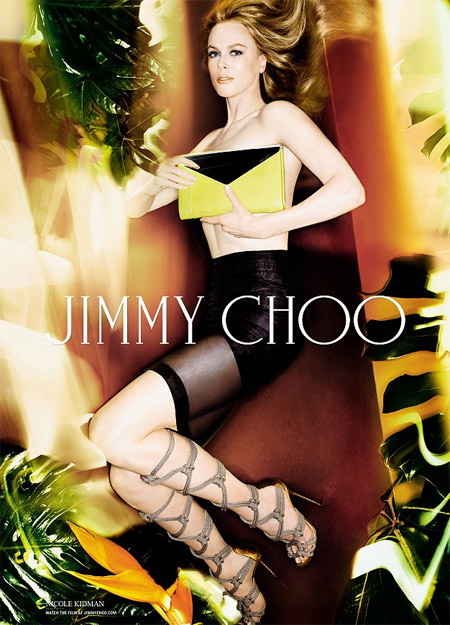 In another frame Nicole looks as completely naked, only wearing orange sandals with a prize of 625 pounds. 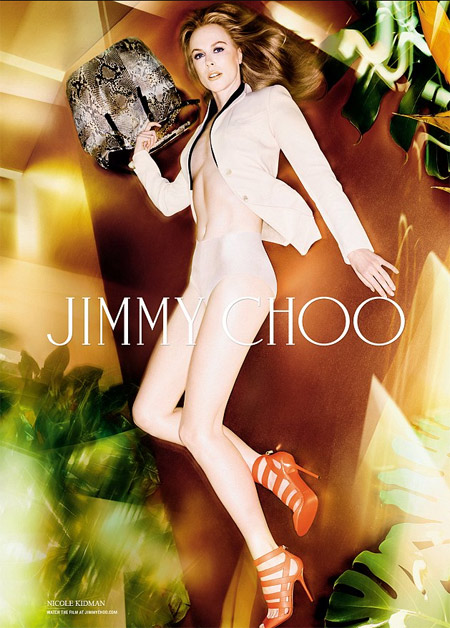 "I liked the idea do something more daring. It was fun to shoot in new and surprising perspectives. It seems like challenging and dangerous. I liked how I was almost with no clothes but the shoes and bags have become a second skin for me", says the actress, who participated in previous campaigns of the Malaysian designer. 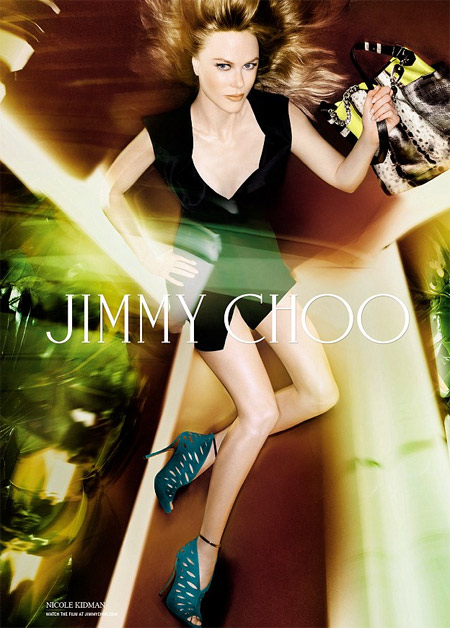 "I like how liberal is Nicole for new images every season and she is transformed into a new person who embodies the spirit of the collection. Her poses are astounding and unexpected, and her natural beauty hypnotize. She exudes a feminine confidence. Nicole Kidman is really energetic which is seen in the pictures", says the creative director of the campaign.