* Other winners of the most prestigious fashion award in Bulgaria are Ivan Chalakov, Valentin Mechanov, Irina Sardareva and Kiril Chalakov

On great interest and very splendid and stylish passed by the official ceremony of 10th anniversary Bulgarian Fashion Academy Awards Zlatna Igla 2003 /Golden Needle 2003/. The gala-evening for voting and handing the most prestigious fashion awards in Bulgaria was on March 13th, 2004 in Inter Expo Center. The Fashion Academy /launched in 1993 in Paris by Donka Ganeva and Lubomir Stoykov/ proof that the most impartial assessment of the fashion design achievements belongs to the Fourth power - of the fashion journalists. 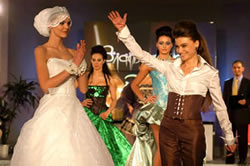 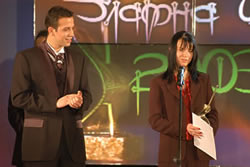 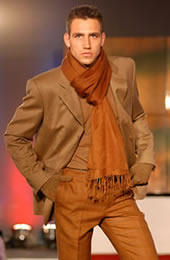 And the winners are: Designer of the year and winner of Zlatna igla 2003 for personal contribution to the Bulgarian fashion design became Virginia Zdravkova /Virginia atelier/, Fashion house of the year – Agressia /manager Maja Asenova/, Fashion photographer – Valentin Mechanov and winner of the award for total contribution to the Bulgarian design - Bulgarian Fashion Forum in the face of its chairman Ivan Chalakov. 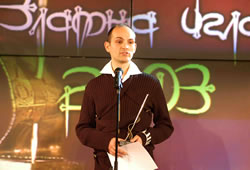 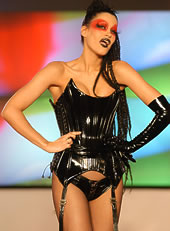 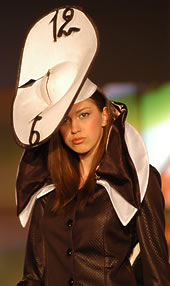 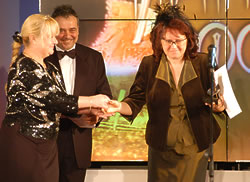 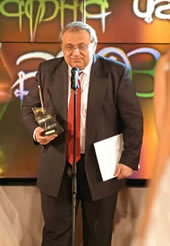 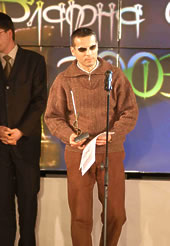 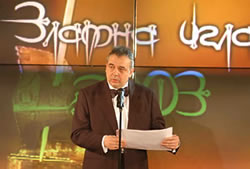 The Fashion Academy sparkling show and official ceremony of Zlatna igla 2003 was honoured by many VIP guests as: Parliament deputes Irena Varadinova and Ivan Pavlov, Silvia Vasileva – wife of vice premiere Nikolai Vasilev and also the celebrity Julia Bull with painter Nikolai Panajotov and a beautiful prima ballerina with them, prof. Gredi Assa, business lady Krassimira Bogdanova, high-life journalist Evgeni Minchev and many others admirers of fashion and beauty. 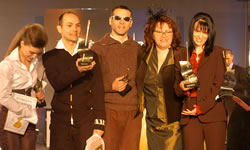 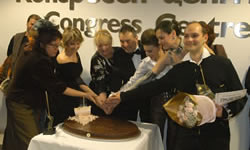