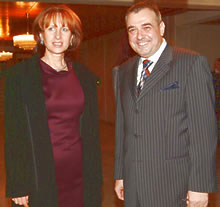 Ot Igla Do Konetz / From Needle to Thread / Consulting House published for fifth time the Almanac of Bulgarian Fashion. The new edition is bilingual – both in Bulgarian and English language and is richer in cultural and informative aspect. Almanac of Bulgarian Fashion 2004-2005 / author and composer Lubomir Stoykov / supports the National Campaign for Breast Cancer under the patronage of the first lady Zorka Parvanova – she is also author of the special preface of the new Almanac. In his introduction Lubomir Stoykov analysed the most important events and achievements of Bulgarian fashion design in 2004. For the first time he included an inquiry with leading fashion journalists who answered the question which are the three most serious achievements in Bulgarian fashion for the last year? 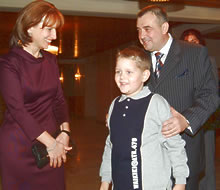 During the charity premiere of Almanac of Bulgarian Fashion on December 1, 2004, in Boyana Residence, Mrs Zorka Parvanova gave her highest assessment for the edition and its author, calling him “The Bulgarian best fashion specialist”. An charity auction was organized and were sold the first copies of the new book. The first went to Ivan Chalakov – Chairman of Bulgarian Fashion Forum for 1000 levs. The second copy, also for 1000 levs , went to Marc Mischiev - Financial Manager of Russian Geology Union and the Executive Director of the same Union bought with charity purpose a watch by Donna Karan for 350 levs.

The bigger part of the funds were allocated for St. Ivan Rylsky Establishment for Children Deprived of Parent’s / Mr. Stoykov is its Godfather and true contributor for the last five years / and also for assisting the Fashion Design and Journalism high education.
Promoters of AVON Cosmetics Bulgaria offered with charity purpose products from the series AVON Breast Cancer Crusade, including the popular brooch – symbol of this humane campaign. In the artistic programme took part some of the most famous fashion houses and designers as Todor, Miro, Ilona Shalamanova and Kolev & Kolev, Fanny Papadopulous, Junona, Pretencii, Monro, Irida, Tani Fashion, Zhana Zhekova, Romantica, Parah, Pluto, Kwiat, Tally Weijl, Naf Naf and Chevignon, Agressia /with Mezlan shoes/, A-style, Maria Nedkova, Holiday, etc. During the premiere of Almanac of Bulgarian Fashion 2004-2005, the vanguard designer Mariela Gemisheva 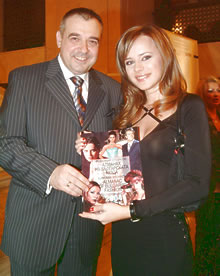 presented inspirations of the new Nokia fashion collection – a three pieces apparel. The performance combined the spirit of a fashion revolution in the mobile phones with the mood and elegancy of the 20s of the last century.

The event was hosted by the TV journalist Nevena Tsankova and the charity auction was hosted by Elena Tihomirova – Miss Bulgaria 2003 and top model Victoria Djumparova. In the fashion show took part some of the most famous Bulgarian top models – most of them winners of Miss Bulgaria. The fashion choreography was created by Amalia 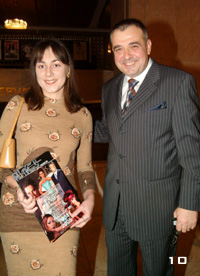 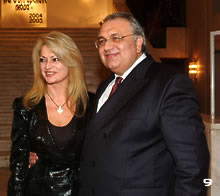 Expect more information of the participants in the fashion show for the charity premiere of Almanac of Bulgarian Fashion 2004-2005. 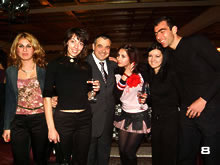