The most iconic hairstyles of all times Jennifer Aniston's haircut as Rachel from 'Friends' was announced for the most influential hairstyle of all time.

In the late 90s and 00s Aniston's hairstyle was widely copied following the success of the TV series. That's why it takes the first place in a poll of 2,000 British women.

In fourth place was Princess Diana's short blonde crop, which today is still considered stylish and sophisticated. Her daughter-in-law, The Duchess of Cambridge, could only manage 10th spot with her long locks. Almost a third of the women, who took part in the poll said they rarely changed their look, despite 4 in 10 saying they felt more attractive after a cut and 15% worrying about men judging them on their hairstyle.

What all agreed upon is that healthy hair is important with more than a quarter saying greasy hair was particularly unattractive.

Sheryl Franklin-Worth, Corporate Affairs Manager at Amway UK, which conducted the poll, said: 'Having healthy great looking hair increases a woman's confidence and how she feels about herself'.

But what do women in the US prefer when it comes to hairstyles these days? You can find the answer to that question in an article that presents the most popular hairstyles in USA for 2020 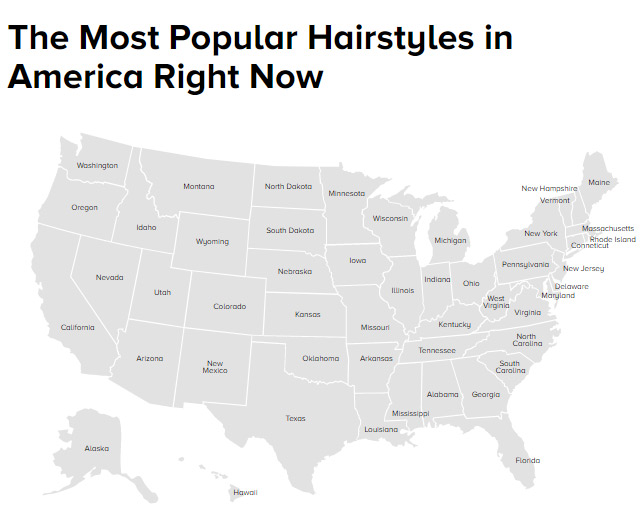