"Golden Needle 2005" awards were given

Tweet
by Zdravka Kardjanova, 01 April, 2006
* Virginia Zdravkova is designer of the year

The Academy of fashion gave its highest award "Golden Needle 2005". This most prestigeous for Bulfarian fashion design event attracted for 12th year the media, journalists, fashion critics and the cultural public.

The glamorous event took place in the new Youth theatre. The jury comprising of 34 journalists in the presence of the lawyer Axenia Monova voted for the best fashion creators, make-up artists, photographers and organizers of fashion shows.

Designer of the year (for the second time) became Virginia Zdravkova, who showed an exquisite and elegant collection. Among her works was the first Bulgarian dress, worn on the official "Oscar" ceremony. 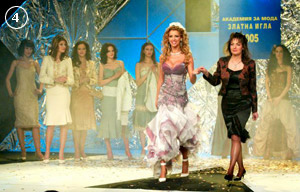 Golden Needle for overall contribution received Evgenia Jivkova and Miroslav Stamov - "Mir". Evgenia Jivkova also received money award by the main sponsor :Savoy Silver Club" in the amount of 2000 lv., which she donated to a school under her patronage.

Guests of the gala-dinner were Maria Micheva with her Silver collection and the sunglasses "Kwiat". Very attractive was the show of the top make-up artist Kiril Chalakov, in which participated Azis, Alexandra Raeva and Tsetsi Krasimirova.

The show was led by the popular faces from BTV Radost Draganova and Robin Kaffaliev. The model performance was by Amalia Tincheva, the production by Lilia Vuchkova. 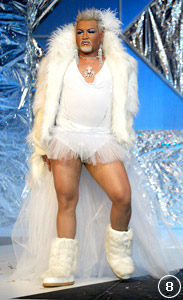 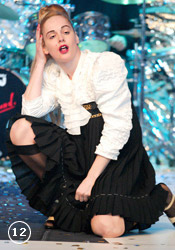 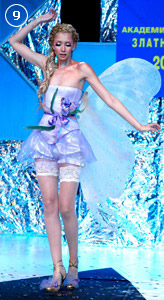 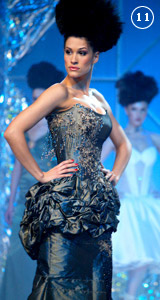 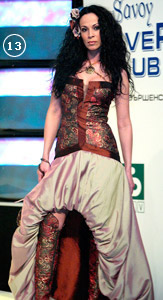 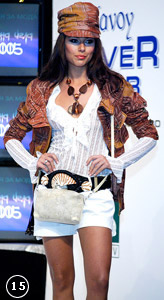 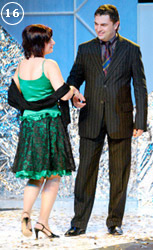 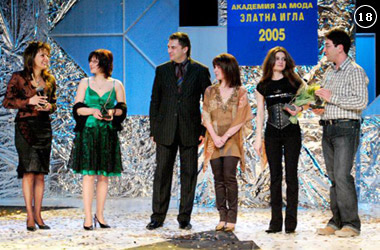 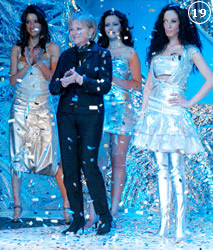