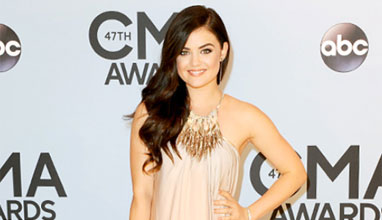 Lucy Hale (born Karen Lucille Hale) is an American actress and singer. Hale was one of five winners of the reality show American Juniors. She is best known for her role as Aria Montgomery on the ABC Family series Pretty Little Liars. Hale recorded and released her debut studio album, 'Road Between', in 2014.