World famous model Cara Delevingne is the face of the new Chanel campaign. The 22-year-old supermodel, who is part of a luxury fashion house's campaign not for the first time and is a regular on the catwalk for designer Karl Lagerdelf, has been given a retro military vision for the photo shoot.

Cara is wearing a gold-embellished velvet jacket and a ruffled white shirt, combined with deep purple lipstick and rock'n'roll style waves in hair. 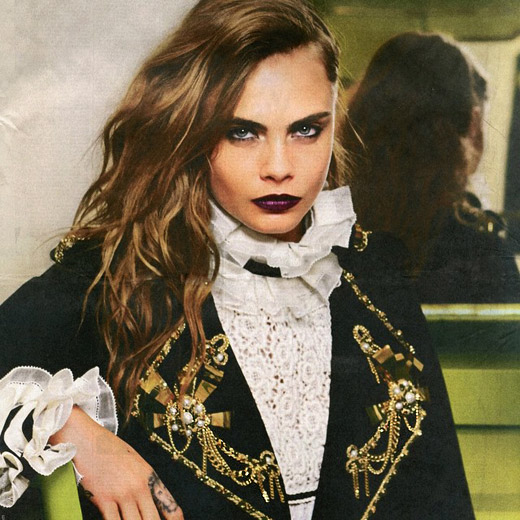 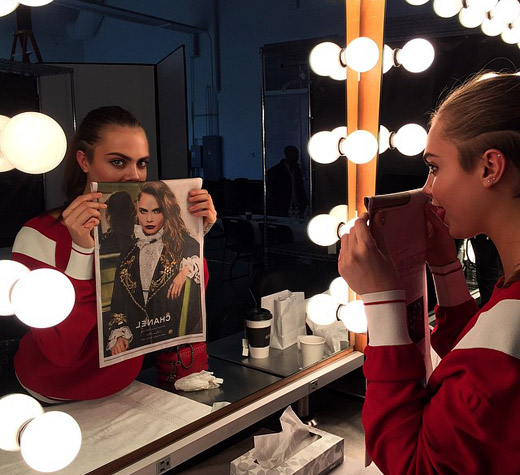 A snap of Cara Delevingne behind-the-scenes on set, holding up the image in her dressing room mirror

Cara worked with singer Pharrell Williams for the campaign, with whom she first appeared in a short film called 'Reincarnation' in December 2014. 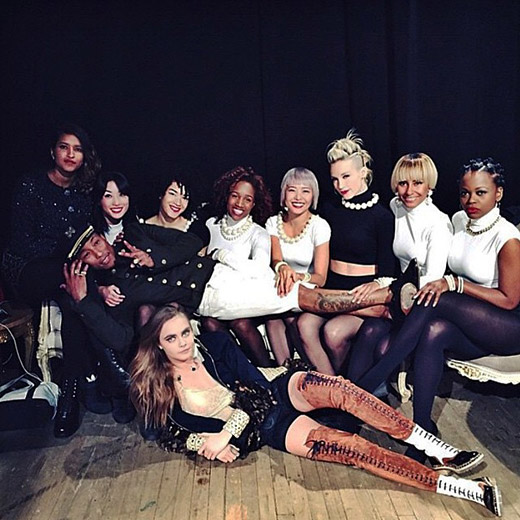 Cara Delevingne posing alongside Pharrell Williams and The BAES dancers