Giorgio Armani is now taking on Broadway. In his first theatrical collaboration, the designer has provided the clothes for “China Doll,” a David Mamet play opening in early December starring Al Pacino. 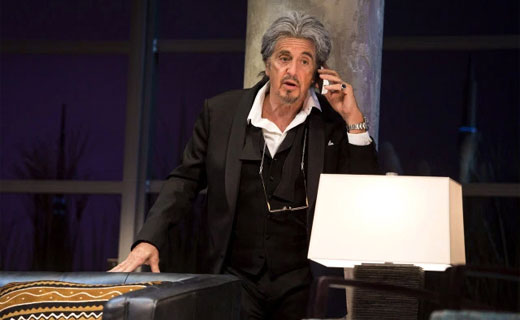 For “China Doll,” Armani teamed with costume designer Jess Goldstein, who previously worked on “The Rivals”and “Jersey Boys,” to dress Pacino and Denham.

In the second act, Pacino changes into a midnight blue two-button peak lapel pinstripe suit with a navy shirt.

An Armani black-and-aubergine printed weekender bag is also featured on stage during the performance. 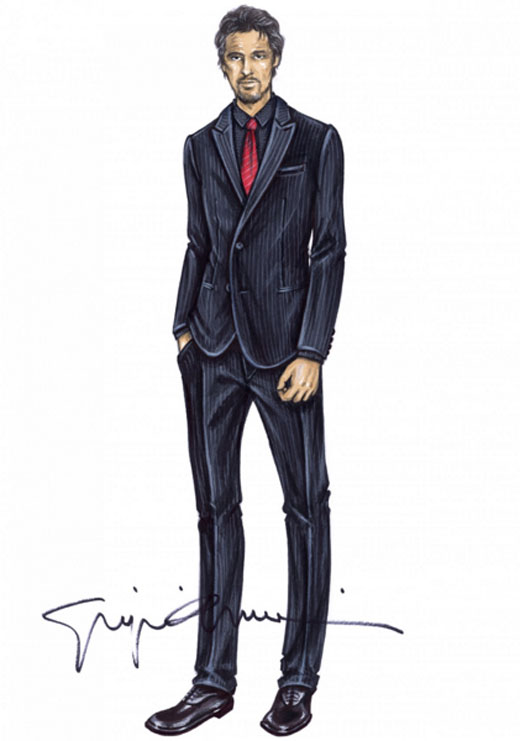 According to Armani: “I am always intrigued by the challenge of stepping away from the runway and into new arenas, like the footlights of Broadway. To collaborate with two masters and artists like David Mamet and Al Pacino is a big honor. I’m truly pleased that my designs are worn exclusively in ‘China Doll.'”

Armani has created wardrobes for hundreds of films, plays, ballets and operas since he famously dressed Richard Gere in “American Gigolo” in 1980.